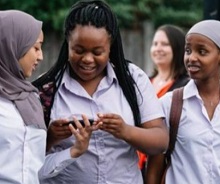 A report published on Wednesday (July 20), commissioned by the BFI and conducted by UK analyst Alma Economics, recommends boosting the UK’s existing film tax relief (FTR) for indie producers and creating a new P&A tax relief for indie distributors. It is also calling for a zero rate of value-added tax (VAT) for independent film exhibitors and increasing streamer contributions to the sector.

These transformative measures are needed to help reverse a trend that is bringing the industry “to the point of market failure”, said the report titled ‘An economic review of UK independent film’.

“We are an incredibly innovative and resilient sector,” Ben Roberts, CEO of the BFI, told Screen. “People fundamentally understand why the independent film sector matters, but it’s getting really hard for people to stay motivated in this sector. Productions are moving forward but they’re compromised. There’s insufficient budget to raise the game of independent film in terms of its marketability and its commercial value.

“What we’re particularly anxious about here is not about the continued creation of work, but the economics of it and the independence of it, and where the IP [intellectual property] sits. We’re worried about how independent and prosperous the truly independent sector remains.”

Despite some assistance from tax relief, the (now closed) Film & TV Production Restart Scheme and the UK Global Screen Fund (UKGSF), UK independent film is on “a downward trend, raising doubts about the long-term viability as a sector”, said the report.

The report said there has been a consistent decline in revenues for UK independent films over the last 10 years, which is projected to be over £100m lower per year if the market only reverts to 75% of pre-pandemic levels.

Film and high-end television production spend alone reached record levels in 2021 at £5.64bn, a rise of 63% (£2.19bn) since 2017. The review suggested this volume of growth has put a strain on the independent sector, as it is unable to compete with larger budgeted international productions.

All of these challenges have been further exacerbated by the pandemic, with the combination of these pressures making it more challenging for investors to recoup their investments and generate a return.

“The independent sector has always been a challenging space to work in, but it feels there is a perfect storm that is putting pressure in from all angles [at the moment],” said Roberts. “The reason we commissioned this in the first place is to test the thesis that the costs were rising, the values were decreasing, the gap was widening. That’s something we’ve heard anecdotally over a long period of time, but we felt we needed to get under the hood.”

UK producers and public funders added their voices to the call for urgent intervention.

“I’m not sure we’d be able to make Rocks today, or many of our other films, and this would be a profound loss,” said Faye Ward of Fable Pictures, whose credits include Rocks and Stan & Ollie. “Rocks showed an authentic slice of life in the UK – one that is rarely depicted on screen and was brilliantly received at home and internationally. Financing on these indie films are nearly impossible to put together, and that is even with a star.”

“Independent producers need more support to remain sustainable and competitive in order to go after IP or creative talent,” added Joy Gharoro-Akpojotor, producer on Boxing Day and Blue Story. “Increasing the film tax relief is a great investment incentive but also allowing producers to be able to access it for the benefit of sustainability would be advantageous to the independent film sector.”

Eva Yates, director of BBC Film, said: ”As a leading funder of British independent film, the findings of this report are sadly no surprise to us after the increasing challenges faced by so many in our sector in recent years. But there is no doubt that the talent, craftsmanship and ideas are here in the UK and need to be protected and supported to thrive.”

”Film4 is one of the biggest backers of independent film in the UK, investing £25m every year,” Ollie Madden and Daniel Battsek, Film4 director and chairman respectively, said in a joint statement, ”and together with BBC Film and the BFI, we play a crucial role in providing development and production funding to the sector, ensuring we grow and support the next generation of world class talent. However, more needs to be done. We endorse the proposals outlined in the report, and remain committed to taking all steps necessary to maintain the strength and future vitality of our globally admired film industry.”

The report outlined difficulties that the industry is struggling to overcome, across all parts of the value chain, from film financing through to distribution.

Within film financing, there’s uncertainty around traditional funding streams, such as the discontinuation in the UK’s participation in the Creative Europe programme in 2021 and ambiguity over the future of public service broadcasters (PSBs) as film funders, following the planned privatisation of Channel 4 and uncertainty around the continuation of the BBC’s licence fee. There’s increased competition for audiences’ attention, particularly from the boom in high-end TV. There’s also investor risk aversion, heightened by the UK’s exit from the European Union and the Covid-19 pandemic.

Film distribution has been struggling to find its groove following the impact of the internet and technological advancements on audience behaviour, with theatrical distribution facing stiff competition from digital releases, further exacerbated by the pandemic. There are also high costs associated with film distribution, particularly with regards to marketing.

Production costs have grown, driven by large quantities of inward investment across the UK screen sector, as well as skills shortages, with independent productions unable to compete with better financed productions for wages. The report noted that some producers saw production costs increase by 10-20% in the early 2020s owing to Covid-related safety measures. While these were softened by the government-funded Film and Television Production Restart Scheme, the scheme now no longer exists, and it is unclear to what extent these costs may continue.

Business rates have been cited as a significant driver of increased costs for exhibitors, with some UK Cinema Association (UKCA) members reporting business rate rises of as much as 300% in 2019.

The report stated that the proposal that is likely to be “most effective” is increased support directly for independent film producers, via an increased FTR – a move which independent filmmakers have been calling for for many years. A report published by the BFI, Screen Business 2021, found that FTR generated additional gross value added (GVA) of £8.30 for every £1 of tax relief in 2019, representing a significant return on investment and a higher return than for similar reliefs in other creative sectors such as high-end TV (£6.44). FTR currently stands at up to 25% of qualifying film production expenditure, regardless of budget, which can be applied to up to 80% of UK qualifying expenditure.

The report proposed that additional support should be provided for independent and/or low-budget films made in the UK. While it admitted that “a more detailed feasibility study would be required to determine the necessary size of any increase”, it suggested 20% FTR for films with a relatively low budget range. Additional support could also be provided to producers through increasing the proportion of qualifying expenditure against which tax relief is applicable (such as an increase from 80% to 100% of UK core spend).

To qualify for the increased tax relief, the upper limit is suggested as standing at £10m-£15m. Options are also explored of a minimum budget of £250,000-£2m to ensure quality control, plus linking some element of the increase in tax relief to films made outside of London and the southeast (over 80% of FTR supported production spend, employment, and GVA occurred in Metro London and southeast England through the period 2017-19, according to Screen Business 2021).

This measure also calls on public funders to consider how funding mechanisms could be “better structued” to offer support for independent film.

Measure B: a tax relief which includes P&A expenditure support for independent film sales and distribution

An increase in the marketability of UK independent films could increase their demand among buyers and audiences, and thus improve sales. To help with rising marketing costs, when competing against the colossal budgets of studio films, the report suggested a tax relief which covers prints and advertising (P&A) spend for low budget and/or independent films, either by extending FTR to include P&A spend or implementing an entirely new sales and distribution tax relief.

Measure C: the introduction of a new zero rate of VAT on exhibition of UK independent films

The aim is to incentivise exhibitors to showcase independent films. The report suggested that owing to the marketing spend of independent films, there is difficulty in assessing audience appetite for viewership, which can be off-putting for exhibitors. A suggested measure to combat this is a new zero rate for VAT for exhibition of independent films (for all exhibitors), which could be broadened out to include all films made within the budget band specified under Measure A. The cost saving could either be used to offer lower-priced tickets for the relevant films, or as a cost-saving mechanism for exhibitors.

According to the report, “the extent to which steamers currently contribute positively to the UK independent film sector is ambiguous”. One proposed option is a voluntary arrangement whereby streaming services agree to commit a certain proportion of their budget to making lower budget films in the UK, as part of their CSR requirements. An alternative is introducing regulation of the sector, requiring large content platforms to invest in small films, modelled on the Apprenticeships Levy. A small charge on streaming services’ UK revenues would create a pot of funds that each streaming service could reclaim for making new films within the UK, subject to a budget cap.

A further suggestion is implementing regulation which stipulates that rights revert back to the filmmaker after a designated period of exclusivity, overriding the concern that independent filmmakers do not benefit if they sell a well-performing title to a streaming platform.

UK analyst Alma Economics was commissioned to carry out the report by the BFI in 2018, to understand the economic viability of the sector.

The recommendations from the report are those of Alma Economics, with the support of the BFI, and the assistance of a project steering group that included Daniel Battsek (Film4), Rose Garnett (formerly of BBC Film), Charlie Bloye (Film Export UK), Isabel Davis (Screen Scotland), Phil Clapp (UK Cinema Association), John McVay (Pact) and Marc Samuelson (Bafta).

Channel 4 has launched its 2022 Emerging Indie Fund which offers small Nations-and-Regions-based indies the opportunity to take their businesses to the next level.

The Welsh government has launched a scheme to develop the country's existing and future generation of screen industry talent.

International co-production will be a priority for the British Film Institute (BFI) as part of its 10-year strategy, Screen Culture 2033, announced on Friday (23 September).

Studios Spotlight: Behind the scenes at London Film Studios

With so many new and expanding studio spaces springing up around the UK, we are taking a look behind the scenes of some of the facilities – many of which are highlighted in our UK Studios Supplement