Studios Spotlight – Behind the scenes at Bovingdon Airfield Studios

As demand for UK studio space continues to outstrip supply, we are taking a look behind the scenes of some of the filming spaces around the nations and regions, many of which are highlighted in our World of Studios – UK. The next edition comes out soon so book your space now!

Here we talk to Harvey Mash of Bovingdon Airfield Studios, Hertfordshire, about the site’s fascinating military past and how it is currently housing the most expensive project in its history - a £500,000 per-episode SVoD drama.

Can you fill us in about the history of your facility? How and when did the conversion to a studio come about and how was it funded?

Bovingdon Airfield was initially built to house RAF Bomber Command in 1941 and was home to a mixture of British and American Air Force Commands through to the 1970s, when it was officially decommissioned as a military base. 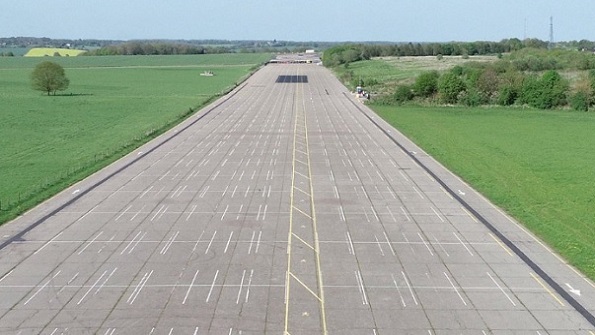 Due to its history and use, Bovingdon Airfield then became a prime location for World War II Films such as The War Lover starring Steve McQueen, with the runways and surrounding areas hosting iconic film scenes such as the flying car scene in the James Bond film: The Man with the Golden Gun.

The site grew in popularity as a location over the years, hosting features such as Harry Potter and the Deathly Hallows: Part 1, Fury, Rogue One: A Star Wars Story and 1917, with more projects yet to be released.

In 2017, ITV built their largest UK sound stage, which has become home to Dancing on Ice, The Wheel, Starstruck, The Masked Singer and The Masked Dancer - inviting live studio audiences and further raising the profile of the studio.

Following the development of location use and the success of the ITV Studio, the site’s potential became clear, and five years ago, a plan to develop Bovingdon Airfield further into a fully-fledged, film and tv studio facility got underway.

Since then, we have seen the addition of three permanent sound stages and three temporary stages along with workshops and backlot spaces. In August 2022 Bovingdon Market left the site which has freed up the Market Runway as additional hardstanding backlot space (50m wide x 750m long) which has led to the delivery of Bovingdon Airfield Studios. 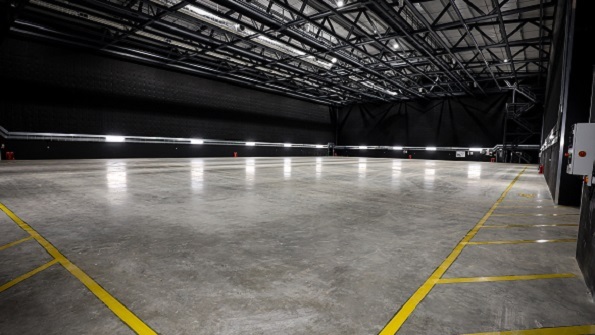 The development of the studios has been self-funded by W.J.&M. Mash Limited - a family business that started in 1896, selling fruit and vegetables, before developing into arable and livestock farmers. The farming side is still a key focus with the studios being a new and diverse development for the company and one that we are extremely proud to have created, nurtured and delivered as a new, independent studio.

Can you tell us about some of the recent productions you have hosted?

Recent productions that are soon to be released include Masters of the Air, Argyle, Unwelcome and See How They Run. Bovingdon Airfield Studios is currently hosting a production for a large streaming production, the largest project we have had to date with an estimated budget of £500,000,000 per series, using all of our stages, workshops and one area of backlot spaces.

Have you noticed any changes in the last few years in terms of the amount or genres of production activity and booking enquiries, eg an increase due to the SVoDs?

Over the last five years we have seen a large increase in bookings for productions being made for the SVoDs. Initially, bookings were primarily made for elements of feature films, however now it is moving more towards delivery of high-end TV dramas for the large streaming networks.

What would you say is your studio’s standout facility?

Our main feature is the large amount of space we have to offer. In addition to our stages, workshops and parking areas, we have a large area of grass and multiple hard standing backlots.  We have two runways of 125,000 and 65,000 sq ft, another hard-stand backlot area of 36,000 sq ft with over 42 acres of green-field backlot, which enables us to say we have one the largest backlots in the London area. 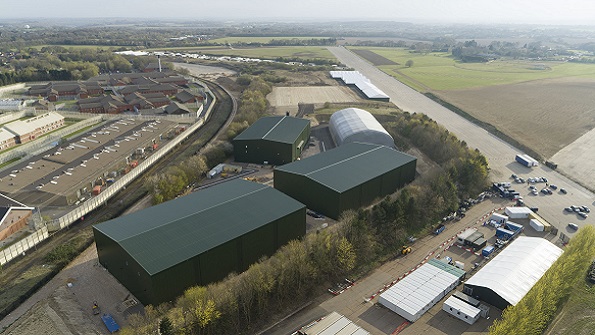 Because we are independent, run by a small but experienced team, we can offer the flexibility and assistance to deliver additional requirements or facilities a production may need. Our team is friendly and enjoys a challenge! We are also keen to focus and assist in developing sustainability practices and are very community-focused.

Have you plans to expand in the future?

Yes, over the next few years, we plan to develop a Production Hub – consisting of office, canteen, and flexible workspace around the old Air Traffic Control Tower - along with screening room, edit suites and multi- storey car park (please see the attached CGI Image).

There will be an additional four stages at the south of the site, providing the space for a very large single production or a north/south split for two mid-sized productions. We also aim to deliver a technical stage and water tank all supported by large workshops and a spacious layout. 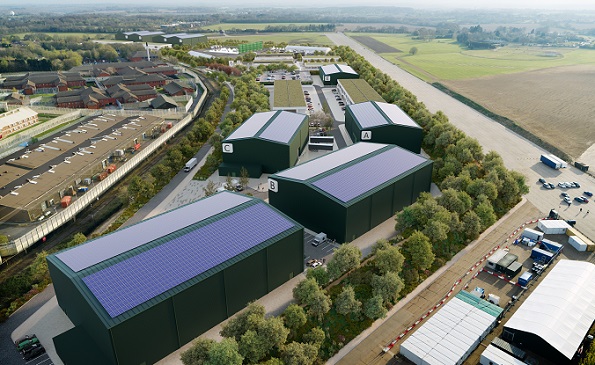 Production in our region still appears to be booming. We are receiving a lot of enquiries for 2023 – about feature films (for theatrical and streaming release) and for SVoD dramas, so we anticipate 2023 and 2024 will be very busy. The areas surrounding the studios are used extensively for location work, and with the expansion of the studios we will be helping to be part of the rise in production within our region and surrounding area.

Harvey finished by recounting a recent incident that perfectly illustrates the positivity, flexibility and ambition of his team:

During the setting up of the horror feature Unwelcome, location manager Russell Lodge asked to put up a temporary stage on the runway. However, Harvey, wanting the studio to fit the team’s long-term vision, asked that the stage be erected on the adjacent ground off the runway – an area that had become a large bund [bank of earth] over decades.

The plan was agreed – on the proviso that it was ready within a week. So Harvey got a group of friends together who, as a team, managed to remove 44,000 cubic metres of soil over eight days…

With many thanks to Harvey Mash at Bovingdon Airfield Studios for his help in compiling this article.

You can connect with Harvey and the Bovingdon Airfield Studios team here.