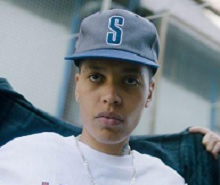 Agatha Christie, Frida Kahlo and Louis Vuitton’s Virgil Abloh feature on a cultural icon-heavy BBC factual slate, as Kate Phillips sets out the way in which the department is addressing the cost-of-living crisis.

Newly-appointed director of unscripted Phillips introduced a raft of shows at a BBC showcase event in central London yesterday by saying she has been “blown away by the range, scale and quality of programming” from the departments.

She also nodded to the way in which the BBC is helping audiences navigate the cost-of-living crisis, citing Stacy Solomon’s Sort Your Life Out and the output of daytime staples including Morning Live and Rip Off Britain.

“We want to highlight the seriousness of a situation which is only going to get worse,” she said. “We’re showing people that we are living in tough times and giving them tips to help them navigate it. But we also want to provide escapist TV. We have a public purpose to entertain.”

The new titles unveiled are: 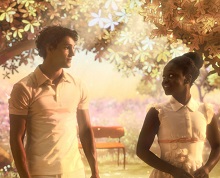 For more details on all of the shows, see below.

“Whatever your passions, we’ll take you on a deep dive with some of the most inspiring and provocative figures of our times,” she said. She added that the job of arts is also to provide fun and make life “a bit more joyful”.

Exploring his rise from Kanye West’s creative director to founding his first fashion label Off-White, to his appointment as artistic director at Louis Vuitton, the series reveals how a young Black man without conventional training challenged and changed the whitewashed world of haute couture.

It also reveals his talents as a DJ, shoe designer, furniture designer for IKEA and car designer for Mercedes-Benz and his death in 2021 from a rare cancer.

The director is Cassie Quarless, the exec producer is Janet Lee, and the producer is Maegan Tillock. The commissioning editor for BBC Arts is Mark Bell.

He said that historical series Rainbow Warrior: Murder In The Pacific (w/t) is a mix of science, history and true crime, while alien-focused single First Contact combines drama and science.

“We’re always trying to evolve how we do science programming and blending science with other genres is an interesting way to do that,” he said.

This doc uncovers the story of the fatal 1985 bombing of Greenpeace’s flagship Rainbow Warrior by a team of French Secret Service agents in New Zealand. It has access to the bombers who were ordered to prevent protests against France’s nuclear testing on South Pacific islands. Commissioned by Jack Bootle, the director is Chloe Campbell and the exec producer is Caroline Hawkins. Sales are being handled by ITV Studios.

A drama doc based, on interviews with leading scientists, imagining what might happen when humanity detects extra-terrestrial life. Commissioned by Jack Bootle and vice president, multiplatform programming & head of development for PBS, Bill Gardner, the exec producer at BBCS is Andrew Cohen and Nic Stacey is the writer and director.

The Secret Genius of Everything
6 x 60-mins, BBC2

BBC Studios Science Unit in partnership with The Open University

Professor Hannah Fry dismantles the everyday gadgets we take for granted, from contactless payments to smart devices, and reveals the amazing stories and inventors behind them. The mathematician investigates the nuclear missile technology that led to the arrival of food delivery apps, how online payments were revolutionised by a boom in X-rated websites, and how 90s camcorders inspired the Tesla empire.

The series was commissioned by Jack Bootle, with commissioning editor Tom Coveney. The exec producer is Paul Overton.

Actress, activist, model, and LGBTQ+ advocate Cara Delevingne explores the biggest questions related to sexuality, gender, and relationships, and opens up about her own sexuality. The doc was commissioned by BBC3 controller Fiona Campbell and Jack Bootle with commissioning editor Sreya Biswas. The exec producers are Simon Andreae, Cara Delevingne and Amy Foster. Global rights for the series will be handled by Fremantle.

A team of leading palaeontologists have been granted three years of access to the ravines of Wyoming and a mass dinosaur graveyard, and in the doc, biologist Liz Bonnin joins them for two crucial weeks before it is destroyed by storms. Using the latest science and technology, the team pieces together the mystery of what drew them to this spot. It was commissioned by Jack Bootle with commissioning editor Tom Coveney, and the exec producer is Helen Thomas.

The Secret Genius of Everything
6 x 60-mins, BBC2

BBC Studios Science Unit in partnership with The Open University

Professor Hannah Fry dismantles the everyday gadgets we take for granted, from contactless payments to smart devices, and reveals the amazing stories and inventors behind them. The mathematician investigates the nuclear missile technology that led to the arrival of food delivery apps, how online payments were revolutionised by a boom in X-rated websites, and how 90s camcorders inspired the Tesla empire.

The series was commissioned by Jack Bootle, with commissioning editor Tom Coveney. The exec producer is Paul Overton.

The series follows the complex and emotional decision-making process of the Parole Board that determines which criminals are released from prison. With extraordinary access, it reveals the stories of prisoners who are on parole as well as their victims and families. It was commissioned by Clare Sillery with commissioning editor Emma Loach, and the exec producers are Tim Wardle and Liesel Evans.

Stacey Solomon shares her tips on how to do Christmas without breaking the bank. She transofrms a barn into a Christmas grotto for locals, sharing tips on how to make cheap hand-made gifts and decorations. The single was commissioned by Clare Sillery, with commissioning editor Beejal-Maya Patel. Charlotte Brookes is the exec producer and Ryan Daly is the series director.

The series aims to strip away the cliches and uncover the life of the most famous female artists in history. Directed by filmmaker Louise Lockwood, the series focuses on her influence as a trailblazer for feminism and questions around sexuality. The exec producers are Mark Hedgecoe and Nancy Bornat and the producer is Becky Marshall. The commissioning editor for BBC Arts is Emma Cahusac.

The historian Simon Schama’s most personal project to date looks back at the history that has played out in the decades of his lifetime, much of which he witnessed first-hand. He explores how art influences history, with the likes of Margaret Atwood, Ai Weiwei, Nadya Tolonnikova, Armando Iannucci and Edward Burtynsky creating daring work that challenges power. The series director is Hugo Macgregor, the series producer is Charlotte Sacher and the exec producer is Nick Kent. The commissioning editor for BBC Arts is Mark Bell.

Historian Lucy Worsley takes a deep dive into the life of Agatha Christie, the most successful novelist of all time. She reveals the real woman behind the myths and mysteries that surround the complex woman living through huge social change in the twentieth century. The producers are Grace Chapman, Rachel Jardine and Edmund Moriarty, and the exec producer is Alexander Leith. The commissioning editor for BBC Arts is Mark Bell. 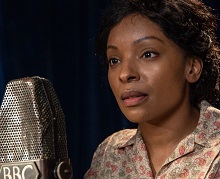 This drama documentary tells the story of a forgotten Caribbean poet, playwright and the first Black producer and broadcaster at the BBC, Una Marson. The film celebrates her as the first person to bring the voices of Caribbean writers and intellectuals to a global audience accustomed to hearing English accents. The dramatisation is based her writing, letters and her BBC personnel file, alongside interviews from leading academics and her friends. The exec producers are Angela Ferreira and Mike Connolly, the directors are Avril E. Russell and Topher Campbell, and the producer is Carol Harding. The commissioning editor for BBC Arts is Mark Bell.

Series returns
The BBC also announced a raft of series returns, led by the much-anticipated hit competition format Race Across The World, which has been promoted from BBC2 to BBC1.

The third series from Studio Lambert is the most extreme to date, featuring five pairs of travellers who will race 16,000km across Canada to win £20 000.

The 8 x 60-minute series was commissioned by Catherine Catton with commissioning editor Michael Jochnowitz, and the exec producers are Mark Saben, Stephen Day and Tim Harcourt.

The spin-off show Celebrity Race Across the World will go into production later this year, with pairs set to be announced in the coming months.

The 4 x 60-minute and a 6 x 60-minute format from Blast! Films was commissioned by Sillery and Patel with exec producers Poonam Odedra and Graeme McAulay.

Vicky McClure returns with a second series of BBC1’s Our Dementia Choir (w/t), turning her attention to the growing care crisis and the need to make music therapy available to everyone with dementia.

Curve Media is behind the 2 x 60-minute which was commissioned by Jack Bootle and commissioning editor Sreya Biswas. The exec producer is Charlie Bunce.

Also returning to BBC1 is Stacey Solomon-fronted cleaning series Sort Your Life Out. The third series will see Solomon and her team challenge another six families to get rid of their clutter, providing helpful tips and money-saving hacks.

Also commissioned by Sillery and Patel, the 6x60-minute is made by Optomen with Charlotte Brookes as exec producer.

Freddie Flintoff's Field of Dreams returns for a second series

BBC One has commissioned a second series of Freddie Flintoff’s Field of Dreams from 591 Productions and South Shore.