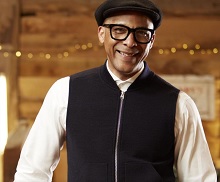 The ‘How Much Do You Love Your Job?’ survey, which opens today, aims to find out what people value about working in our sector, whether the pandemic has changed how they feel about it and whether they’ve ever considered an alternative profession.

Broadcast wants to hear from as many people across the industry as possible, at all stages of their career. To participate in the short survey, click here.

It will be open to complete until Friday 5 August, and its results will feed into a panel at the festival entitled Life Lessons from Beyond the TV Bubble.

In it, presenter Anna Richardson will invite people who have left the sector to discuss how the lessons they’ve learnt in their new roles could help the TV industry.

Panellists will include Julie Swanston, former commissioning executive at UKTV, and now senior creative director at theme park-company Merlin Entertainment, and Jasper Warry, founder of production company Hello Deer, who stepped away from TV 14 years ago to run a glamping site in the Brecon Beacons but has now returned to producing and directing documentaries.

Former Channel 4 commissioning editor-turned-psychotherapist Tamara Abood and the ex-controller of ITV digital studios Juliette Otterburn-Hall, who now runs her own business consultancy, will also be on the panel.

The panel session will run on Friday 26 August from 11.45am until 12.45pm in the Sidlaw auditorium. For more information about the festival, click here.

Media training provider TRC has announced the 13-strong cohort of development talent for its SuperSizer 2022/23 programme.

ScreenSkills is running a series of leadership one-to-one surgeries throughout October, as part of its ‘Step Up’ strand, offering training to skill up or move to a new role in unscripted TV.

S4C has awarded the tender for Gogglebocs Cymru – the Welsh-language iteration of Gogglebox – to two north Wales-based indies, Chwarel and Cwmni Da. The companies will co-produce the format.

Studios Spotlight: Behind the scenes at RD Studios, London

With a plethora of new studio spaces springing up around the UK, we are taking a look behind the scenes at some of the facilities – many of which are highlighted in our UK studios supplement, now called World of Studios - UK. The next edition is due out at the end of 2022 so book your space now!