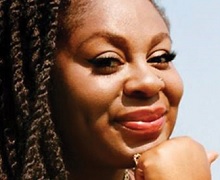 Set in south London, the original drama explores what happens when fame collides with family. It centres on Bosco Champion, once a UK rap sensation, as he arrives home from prison and plans to dominate the music industry once more.

Carty-Williams (pictured) said  “Champion is a celebration of black music and a black family, however fragmented that family might be. Since I knew what music was, I’ve loved grime and UK rap and neo-soul, to the point of obsession, and to bring to a primetime slot a series that gives these genres of music life and texture is absolutely amazing, as is getting to work with some of the best producers making music today to create original tracks for the show.

“I can’t think of anywhere else Champion could sit but the BBC and I’m looking forward to everyone seeing a show that they have never seen before.”