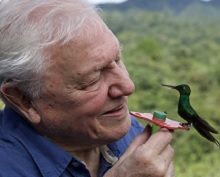 A new co-production agreement has been signed between Australia and the UK making it easier for the two countries to work together on film, TV and commercial projects together.

The deal is intended to grow and promote British and Australian content on the world stage, support the exchange of cultures, and create more opportunities for producers, cast and crew of both countries.

The deal is an update on one that has already been in place for 30 years and is intended to: make it easier for UK and Australian filmmakers to co-produce film and TV content together. They will also now be able to make a smaller minimum financial contribution towards their project in order to benefit from the updated agreement, and hire staff from third-party countries more easily.

"Today’s milestone will unlock fantastic opportunities in the creative industry and support this Government’s commitment to help more people into skilled jobs," said the UK's creative industries minister Julia Lopez. "The UK and Australia share a long and rich history of strong cultural and economic ties and this agreement will help us continue to create great film and TV together for many more years to come."

Neil Peplow, the BFI’s director of industry and international affairs, added: "This revised co-production treaty provides UK and Australian producers with many more opportunities to build on the strong cultural and commercial ties we already enjoy. It will bring the two countries even closer together, and allow us to tell stories that define who we are and how we relate on a global stage."

Co-productions made under the UK-Australia agreement include David Attenborough’s Life in Colour and Shane, an upcoming documentary looking at the life and career of famous cricketer Shane Warne.

This agreement also comes amid the UK/Australia Season 2021-22. A joint initiative by the British Council and the Australian government’s department of foreign affairs and trade, the Season is an opportunity to strengthen and build new cultural connections, with a specific focus on film.

All Creatures Great and Small renewed for two more series

C5 has renewed the Yorkshire-based drama All Creatures Great and Small for a third and fourth series of 6 x 60 each, plus Christmas specials.

The 2022 edition of The Knowledge directory is now out, with comprehensive listings of production services for anyone working in the UK screen sector.

StudioCanal-owned Red Production Company has scooped up rights to John Boyne’s The Echo Chamber, following a bidding war. The plans are for Boyne himself (pictured) to adapt his novel into a 10 x 30 returnable series