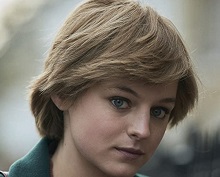 Jack O’Connell, Emma Corrin and Matthew Duckett star in the film, for Sony’s 3000 Pictures and Netflix.


The adaptation, described by the streamer as “a female-focused retelling of a classic”, is directed by Laure de Clermont-Tonnerre from a screenplay by David Magee.


The producers are Laurence Mark and Pete Czernin & Graham Broadbent of Blueprint Pictures. Marisa Paiva and Nikki Cooper will oversee the project for 3000 Pictures.

Lady Chatterley’s Lover is the first film to be produced under the new partnership where Sony Pictures will offer Netflix a first look at any films it intends to make for streaming.

Lady Chatterley is a woman born to a life of wealth and privilege, who soon finds herself married to a man that she eventually falls out of love with. Lady Chatterley engages in a torrid affair with a gamekeeper on their English estate, discovering more desire and intimacy than she thought possible. When she realizes that she has fallen heart and soul, she breaks all traditions of the day and seeks happiness with the man she loves.