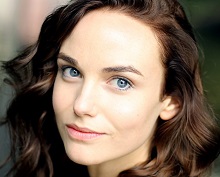 The thriller centres on Gabe (De Caestecker), an ordinary man who works as an emergency call handler for the Scottish Ambulance Service in Glasgow. His world is turned upside down when he receives a desperate life-and-death call from a woman who appears to know him.

With Gabe under pressure to work out who she is, he makes a decision that threatens to have devastating consequences. The supporting cast includes Sharon Rooney, Daniel Portman, Taj Atwal and Stuart Bowman. Amy Neil directs; Eric Coulter produces. The production is supported by Screen Scotland. 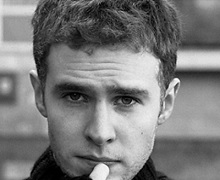 De Caestecker said: “The Control Room is one of the most exciting scripts I’ve ever read, I was on the edge of my seat the whole time so I’m thrilled to now be bringing it to life. I’ve always loved working with the BBC and am especially delighted to be filming alongside this fantastic cast and crew in my hometown of Glasgow.”

Vanderham added: “I am so excited for the opportunity to bring Nick Leather’s incredibly complex characters to life. Filming in my home country of Scotland is always special and my research for the character means I’ve been reminiscing about my own adolescence. The BBC create some of the best global programming there is and Amy Neil is going to add The Control Room to their exceptional catalogue. I can’t wait for people to see what we do!”

John is a professional Stunt Coordinator under the BSR. 20 years in the Stunt Industry has seen him work all over the globe. He has… more Add to Shortlist

STUNT CO-ORDINATOR- FIGHT ARRANGER/CHOREOGRAPHER- HORSE MASTER Over 34 years experience as a fully qualified Stunt Co-ordinator/ Performer, has provided me with the expertise to develop… more Call: 07711 375928   |   Add to Shortlist

As an ex circus performer, film armourer and paratrooper with over 40 years experience in the business, I bring a unique level of film, TV… more Call: 07836 204228   |   Add to Shortlist

ABOUT David has worked with many highly accomplished directors and 2nd unit directors to achieve an assortment of creative action sequences involving Battles / fire/… more Call: 07774 846681   |   Add to Shortlist

The British Stunt Register is the worlds leading and largest association of stunt professionals. We provide the international film and television industry with stunt performers… more Call: 01753 652821   |   Add to Shortlist

Stunt coordinator and stunt performer with 22 years experience as a professional stuntman on the British Stunt Register. Full member of equity. Over 150 movie… more Call: 07889 586112   |   Add to Shortlist