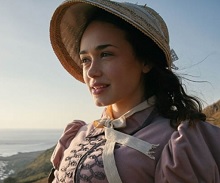 Red Planet Pictures’ period drama Sanditon has been picked up for a double series commission by PBS’ Masterpiece and Britbox, with filming taking place later this year in Bristol.

ITV, which originally aired the drama in 2019, will have transmission rights following the premiere window on Britbox.


Based on Jane Austen’s final, unfinished novel, the series was developed by Andrew Davies, who returns with Justin Young to write and executive produce.

Sanditon follows the high-spirited and independent heroine, Charlotte Heywood, played by Rose Williams, as she returns to the picturesque coastal resort of Sanditon.

Other executive producers are Belinda Campbell for Red Planet Pictures, Susanne Simpson for Masterpiece and Chloe Tucker for ITV/BritBox. Rebecca Hedderly is series producer; Ian Hogan produces with Charles Sturridge on board as lead director.

Campbell said: “We’re thrilled to be able to invite viewers back to Sanditon for not just one but two further visits!  Justin Young and Andrew Davies’ sensational scripts are relevant, timely and captivating and we can’t wait to share all the exciting new developments we have in store for our much loved characters. Now, more than ever, I think we could all do with some joy on our TV screens as well as a healthy dose of fresh sea air.”

ITV’s head of drama, Polly Hill, commented: "I’m so glad that the success of Sanditon in the US has paved the way for its return, and for ITV to continue on this wonderful journey.  We know there are many loyal fans of the show in the UK that will be delighted to see its return and that we were able to find a way to bring it back."