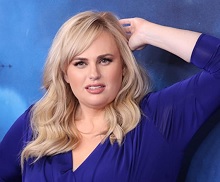 The feature is based on the play of the same name by Kaite O'Reilly which examines the impact of Traumatic Brain Injury (TBI) on sufferers and their relatives.


The film comes from Mad As Birds Films and directors Celyn Jones and Tom Stern.

Indie Mad As Birds has offices on The Wirral and in Llandudno and is run by Andy Evans, Jones and Alex Ashworth. Its debut film was the critically-acclaimed Set Fire to the Stars, starring Elijah Wood, which was followed by The Vanishing with Gerard Butler and Peter Mullan. The company’s recent credits include Six Minutes to Midnight with Eddie izzard and Judi Dench.

The team is currently developing its first TV series, Minotaur.