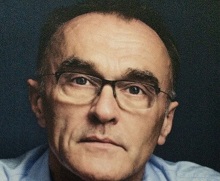 Boyle has a first-look deal with FX, with whom he worked on Trust, about the kidnapping of John Paul Getty III.

Nick Grad, president, original programming, FX Entertainment, said: “It’s great to be back in business with Danny Boyle, an exceptional artist responsible for so many great feature films and TV series.

“Steve Jones was at the center of the storm that shook the rock establishment and we’re thrilled to have Danny and the rest of the creative team tell his story as a member of one of music’s most notorious bands - the Sex Pistols.”

Boyle added: “Imagine breaking into the world of The Crown and Downton Abbey with your mates and screaming your songs and your fury at all they represent. This is the moment that British society and culture changed forever. It is the detonation point for British street culture...where ordinary young people had the stage and vented their fury and their fashion…and everyone had to watch & listen…and everyone feared them or followed them. The Sex Pistols.

“At its center was a young charming illiterate kleptomaniac - a hero for the times - Steve Jones, who became in his own words, the 94th greatest guitarist of all time. This is how he got there.”

Production Intelligence (PI) subscribers have had exclusive access to information on this drama from October 2020, under its working title. PI has details for the key UK HoDs on board including the line producer, casting director, production designer and production manager.

Non-subscribers can click here to book a walkaround of the live site.