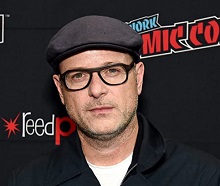 Matthew Vaughn’s production company Marv is set to move into TV with Day 1's, a drama series set against a backdrop of English Premier League football.

The 10-part series is co-produced by Liza Marshall’s Hera Pictures; Vaughn will direct the pilot. Day 1’s has been created and written by Doug Ellin (Entourage) and Chris Case (Mad About You and Spin City); the pair will act as showrunners.

The series centres on young player Dezmond King and his crew as he navigates his growing fame and struggles. Marv is collaborating with French footballer Thierry Henry and his agent Darren Dein, both of whom also executive produce. Henry will appear as himself on the show.

Vaughn is currently producing Tetris, directed by Jon S Baird, which is reportedly due to film in Scotland soon. Many details about the film are under wraps, but it is thought to explore the legal battles which took place during the Cold War over ownership of the iconic videogame, created in the mid-1980s by Russian software engineer Alexey Pajitnov.

The Flash sets up UK shoot

Much-anticipated feature The Flash, starring Ezra Miller, is now in pre-production in the UK readying to shoot next year.