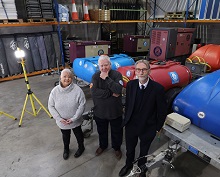 Supply 2 Location Group (S2L), the major provider of location services and logistics support, has expanded its operation with the launch of a new depot on Merseyside.

The company, which was founded 13 years ago, aims to meet the growing demand for film and TV production support as the screen sector to boom in the UK. S2L recently provisioned The Batman and Outlander in the north-west.

The new depot is on Merseyside and comprises more than 4,000 sq ft of space, stocked with essential and specialist equipment for immediate location deployment, including lighting, heating, power, water bowsers, transport, catering equipment and temporary structures. 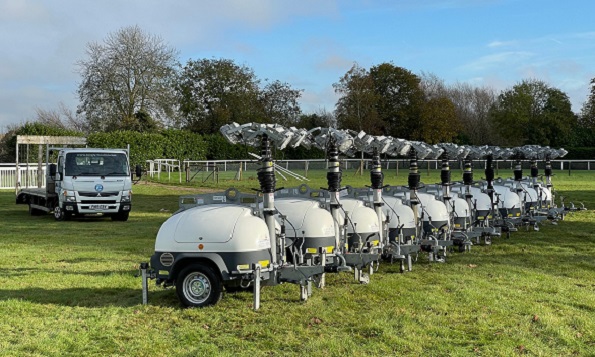 The Knowsley-based facility off Coopers Lane was officially opened on 2nd December by local MP, the Rt. Hon. Sir George Howarth, a supporter of Liverpool’s growing film economy, which is backed by the Liverpool City Region’s Film Office.

The opening event was also attended by Ian Pearce, Supply 2 Location’s MD, Regions; Jacqui Rafferty, the company’s regional business development manager and Arne Usher, the Depot manager, as well as Lynn Saunders, who is the head of the Liverpool Film Office and The Depot film studios. Pearce demonstrated the company’s efforts to supply sustainable components including rechargeable battery lights and increased bio-fuel options.

Pearce said: “We’ve been searching for the right premises in Merseyside to act as our Northern hub for some time, so we are delighted to be opening this strategic and vital facility in Knowsley.

“Its location enables us to provide a faster, more efficient service to all our existing clients as well as providing a full support service with a lower carbon footprint because of our reduced journey times to the increasing number of production companies understandably choosing to film here and across the North-West of England.”

To support this facility, Supply 2 Location is planning to create up to six new roles over the next year. Pearce observed: “It is well documented that the rise in TV and film production in the UK has created a worrying skills shortage in our sector. With our extensive experience in the film industry, we are well placed to help provide mentoring and training for those studying or living locally who wish to develop careers in this incredibly rewarding industry.” 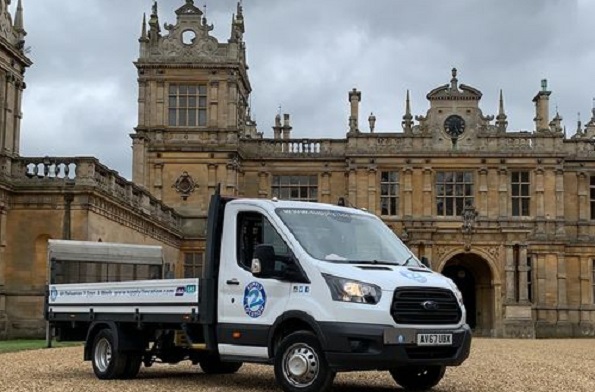 Sir George Howarth said: “It was a great pleasure to visit the Supply 2 Location facility today. They are clearly at the forefront of the film production support sector, and it was very encouraging that they are looking towards creating training opportunities for local people to get involved in the industry. I look forward to working with them and others to help bring that about.”

Saunders added: “The film & TV industry across the UK is booming, which is reflected in our region. Liverpool is the second most filmed city in the UK and as a result of the work of the LFO [Liverpool Film Office] and the region’s LCR Production Fund, direct inward investment into the region’s economy in 2022 is projected to exceed £21m.

“It’s a year since we opened The Depot [studios], which is helping to retain productions in the region for longer. Supply 2 Location has established a strong industry reputation for supporting an impressive list of film and TV productions across the North-West and the UK for more than a decade. Having them in Merseyside will, we hope, encourage even more productions to Liverpool, knowing that we can offer a permanent and supportive infrastructure.”

Images of S2L vehicles on location and group visit via S2L.