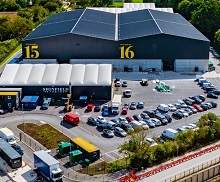 In the spring, as part of our ongoing Studios Spotlight series, we sat down with Nick Smith, joint managing director of Shinfield Studios, to talk about the exciting plans and future developments.

Now we can bring you a progress report from Nick, as he updates us on how everything is going at the vast new studio site, including the date by which the 1million+ square feet will be fully available for productions and the estimated yearly return for the region.

You mentioned in the spring that full planning had been granted at the end of 2021, with four stages then opening under accelerated planning permission. One year on from that overall approval, can you tell us what has changed and what new developments are now visible on site?

In just a year a lot has happened. As you rightly say, we have now opened our first four sound stages and they have been occupied ever since. This was Phase 1. Construction has been rapidly underway on Phase 2 which means that in Q1 next year we will be opening a further five sound stages across 150,000 square feet.

Phase 2 is the first thing that you see as you approach the site. The largest of these new sound stages is over 41,000 square feet, so it’s a terrific visual representation of the scale and ambition of Shinfield Studios. We’re really beginning to get a picture of how it will look when complete. 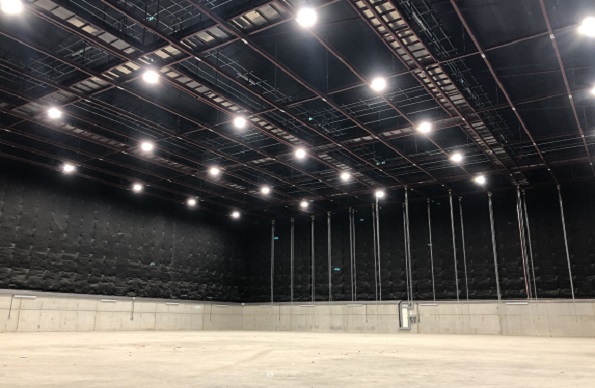 Can you give us more details about the phased rollout of the plans?

As I’ve mentioned, Phase 2 will open very soon, with five new sound stages in Q1. Across the rest of the year, a further nine sound stages will be completed in phases. Meaning that by the end of 2023, Shinfield Studios will be fully operational and will have become one of the largest studio complexes in the UK, with over 1million square feet available to productions.

Alongside the 18 sound stages will be a 9-acre filming backlot, workshop facilities, contemporary office space and sustainable facilities. Plus, production support companies, including postproduction and a screening facility.

Could you tell us about any of the productions already using the studio?

Of course, we are bound by confidentiality, but we can share that we have already been home to two highly-anticipated high end TV productions (HETV), both from US companies. It’s no exaggeration to describe them as some of the most famous TV series and franchises in the world. 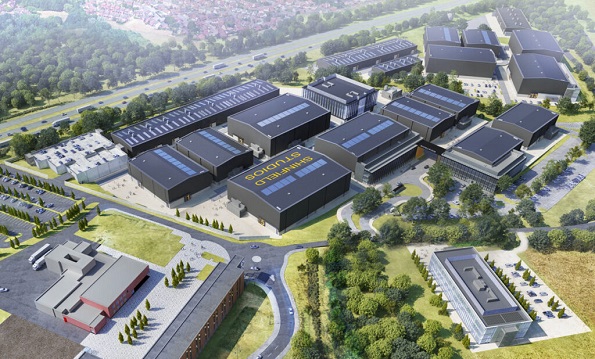 Have you noticed any kind of pattern in the type of booking enquiries that are coming in?

Our goal was to create a studio designed to meet all of the needs of the highest budget and most ambitious film and HETV projects; the enquiries and bookings that we have received have been exactly that. To date our customers have been US studios, but it is early days, and we expect that 2023 will bring a more diverse mix of domestic and international productions.

Your backers, Shadowbox, are based in the US, with a strong reputation for developing new studios. Have they been spreading the word in the US to overseas producers about Shinfield?

We certainly have been spreading the word in the US and I am only recently back from a trip to LA to meet with the US studios.


Shadowbox is a supportive and energetic partner and their wider ambitions have contributed to a strong awareness of what we have to offer. Alongside Shinfield Studios, Shadowbox owns and operates Shadowbox Studios Atlanta (formerly Blackhall Studios), USA, a 9-stage, 850,000 square foot studio complex. 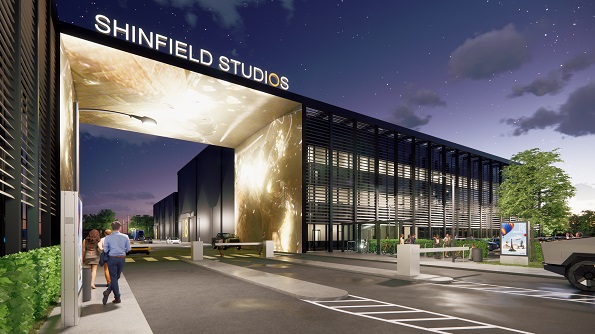 Do you think the current skills shortage will be a problem over the next few years?

I think of this more as an emerging skills shortage, which as an industry we have the means and power to address - if we pull together. Clearly there are already efforts on multiple fronts to do just that and we will play our part. We are a partner in the Berkshire Skills for Screen cluster which has been organised to bring local training and employment opportunities and attract more talent to the industry.

What kind of revenue are you expecting the studios to generate for the region when the whole studio complex is fully operational in a couple of years?

Once we’re fully open, we’re expecting Shinfield Studios to generate in excess of £300 million of gross value added each year for the Berkshire economy. Plus, we’re expecting to create around 1,500 direct jobs and another 1,500 indirect. 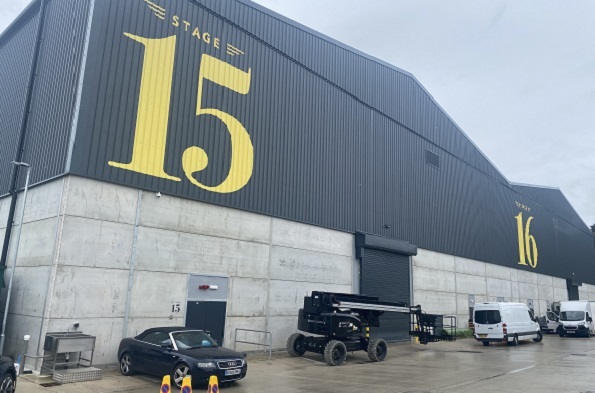 Many thanks to Nick Smith of Shinfield Studios for his help in compiling this article. You can find out more about the specifics on offer at Shinfield on p17 of our World of Studios guide, available to read online here.