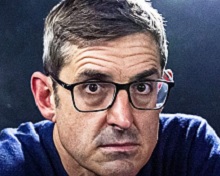 BBC Factual has commissioned a second run of Louis Theroux Interviews for BBC Two, in which the journalist and broadcaster will sit down for one-on-one chats with a new clutch of public figures and cultural icons.

The second series once again comprises 6 x 45 episodes and comes from Theroux’s Mindhouse Productions. The executive producers are Arron Fellows and Emma Whitehead and the production executive is Suzy Burnet.

Theroux said: “It was a huge pleasure making the first series of Louis Theroux Interviews and I’m thrilled it connected with audiences and now we’re allowed to make some more. Massive thanks to the BBC for believing in the idea and for supporting us every step of the way. Expect more big stars, intimate access, and three times BAFTA winning excellence from yours truly.”

Clare Sillery, head of commissioning, documentaries, added: “It is testament to Louis’ skill and genuine curiosity about people that in a series featuring very different individuals, he was able to make such an engaging set of films.

"With a range of subjects from Dame Judi Dench to Yungblud, it is impossible to pick a favourite episode. I am so delighted he’s making more, and cannot wait to see the line up for the next series.”

The eighth instalment in the Mission: Impossible franchise wraps a lengthy shoot in the UK this week.

Studios Spotlight – Behind the scenes at Garden Studios

As studio space continues to be in high demand in the UK, we are looking at some of the facilties on offer, many of which are highlighted in our World of Studios - UK edition. Here we talk to Thomas Hoegh, founder and CEO of Garden Studios, about the past, present and future of the space.