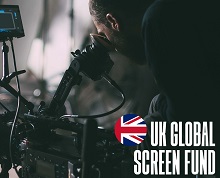 The BFI has made a further 14 awards through its UK Global Screen Fund, boosting global opportunities for the UK’s independent screen sector.

Financed through the UK Government’s Department for Digital, Culture, Media and Sport (DCMS), the awards allocate over £2.2m through the fund’s International Co-production strand, supporting UK producers to work as partners on international co-productions and help create new global projects.

This latest round of awards sees the UK co-producing with 18 territories and will be the first time the fund has supported projects with Czech Republic, Georgia, Iceland, Italy, Mexico, Netherlands, New Zealand, Poland, Romania,  Saudi-Arabia, Ukraine and USA. The funding will also support partnerships with: Belgium, Denmark, France, Germany, Ireland and Luxembourg.

“This will bolster the already strong international reputation of these UK sectors and I look forward to seeing the wide range of productions that are made, from documentary and animation to drama and much more.

Denitsa Yordanova, head of UK Global Screen Fund, said: “I am delighted that this latest round of UK Global Screen Fund awards supports such a diverse range of companies from across the UK, co-producing with an exciting mix of international territories. Spanning film and television across documentary, animation and fiction, each collaboration demonstrates global ambition and potential to reach new audiences and we look forward to following them on their journey to international success.”

Kamilla Kristiane Hodøl, producer at Elation Pictures, said: We are over the moon about the UK Global Screen Fund co-production support for The Damned. We have been working on this project for years, and we are very fortunate that the UKGSF was created at just the right time for us, providing co-production funding which might otherwise have been challenging to raise out of the UK. Their support was critical in getting our film across the line.

Natasha Dack, producer at Tigerlily Two added: “We are more than excited to be working with director Gary Hustwit on what will be the first career-spanning feature documentary about Brian Eno. The support from the UK Global Screen Fund for this cross Atlantic collaboration between First Film Co and Tigerlily Two will be invaluable in bringing this story of one of the most influential British creatives to the world.”

The Broadcast Awards 2023 has revealed an eclectic shortlist in which Am I Being Unreasonable?, Then Barbara Met Alan and Big Zuu’s Big Eats receive two nominations apiece, and the likes of S4C and BBC Scotland rub shoulders with Apple TV+ and Netflix.

The UK government’s Treasury department has unveiled plans for a consultation on reforms to the audiovisual tax reliefs support offered, including a merging of the film (FTR), animation (ATR), high-end TV (HETV), and children’s TV (CTR)  tax reliefs into a single tax credit, modernising the HETV tax relief and removing the 80% cap on qualifying expenditure.

The British Film Institute (BFI) has fleshed out the details of its National Lottery Audience Projects Fund, which will award £15m over three years to support audience-facing activity.

Six indies have been chosen to take part in Channel 4 and The TV Collective’s second Indie Accelerator programme.

Channel 4 has launched its 2022 Emerging Indie Fund which offers small Nations-and-Regions-based indies the opportunity to take their businesses to the next level.