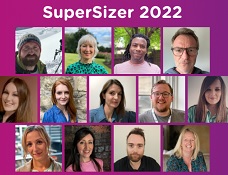 Media training provider TRC has announced the 13-strong cohort of development talent for its SuperSizer 2022/23 programme.

The initiative, currently in its sixth year, is aimed at supporting development talent working in factual, factual entertainment or specialist factual programmes in the nations and regions – so outside London – to nurture ideas of scale and ultimately win high-value commissions.

The successful candidates will receive online and face-to-face training including a meeting with broadcast commissioners. The training also includes advice on pitching, heading up a creative team and personal branding.

The SuperSizer is funded by BBC, Channel 4 and National Lottery / Screen Scotland.