Jodie Comer films The End We Start From 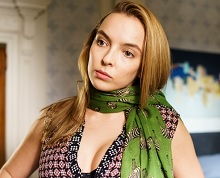 Production gets underway this week on The End We Start From, an apocalyptic thriller starring Jodie Comer, directed by Mahalia Belo.

Belo is calling the shots from a screenplay by Alice Birch – known for Normal People and Succession – that is adapted from the novel by Megan Hunter.


The feature is a co-production between Hera Pictures, Sunnymarch, Anton and BBC Film. It is the first project under a recent development and production agreement between production and financing company Anton and Sunnymarch.

The film is set against the backdrop of an environmental disaster in the UK which leaves London submerged in flood waters. Forced to flee their home, a young mother and her newborn baby desperately seek sanctuary among the chaos.

EPIX has greenlit a return to the period drama Belgravia from Carnival Films, this time set in 1865, 25 years after the Julian Fellowes original.