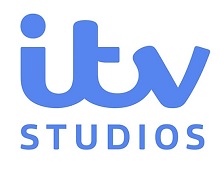 Cardiff-based 5 Acts is led by David P Davis, formerly at Bad Wolf. Launched at the end of last year, it is the first label under the umbrella of Patrick Spence’s scripted studio at ITV Studios.

The Last Party follows DC Ffion Morgan as she investigates the murder of Rhys Lloyd, a home-grown hero who has returned to build controversial holiday homes on the shore of Llyn Drych but who is found floating dead in the water on New Year’s Day, the morning after a party that brought together the feuding community.

Translated into forty languages, Mackintosh’s books have sold more than two million copies worldwide, have been New York Times and international bestsellers and have spent a combined total of sixty-four weeks in the Sunday Times bestseller chart.

Davis said: "From the very first page I was totally hooked on The Last Party. For me it’s the perfect alchemy of great characters, a glorious setting and wonderfully crafted intrigue. Clare has written a novel perfectly suited for dramatisation and I couldn’t be more proud she’s entrusted 5 Acts with the adaptation."

Mackintosh said: "It was exciting to have a huge amount of interest in adapting The Last Party, but 5 Acts stood out from the start. I loved David’s passion for the story and was impressed by his commitment to the Welsh culture, language and settings. I know he’ll create something truly spectacular for the screen and I can’t wait to see the spiky, unfiltered DC Ffion Morgan brought to life.”