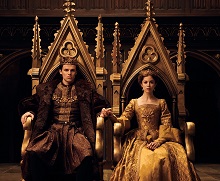 Screenskills has launched an HETV Return to Work programme for production roles, for freelancers looking to get back into production.

The Return to Work in Production programme, run by Film London’s Equal Access Network, is for freelancers who are looking to get back onto drama production roles following an extended break. The deadline for applications is 6 June.

It is a free, modular programme that will offer a range of workshops, guidance and support to ensure participants feel empowered, confident and ready to relaunch their careers on productions. It is supported by the ScreenSkills High-end TV Skills Fund with contributions from UK high-end TV productions

The scheme focuses specifically on production management roles so ScreenSkills is looking for people who have demonstrable experience in one or more of the positions below and are looking to re-enter the industry:

ScreenSkills is keen to attract parents who have had a career break due to childcare, carers who have left the industry to look after relatives or those returning after illness, injury or disability.

Applications are always welcomed from groups currently under-represented in the industry, including women, Black, Asian, minority ethnic and disabled people.

This is a nationwide scheme so applications are encouraged from across the UK. The programme is supported by partners in the regions including The British Film Council, Screen Yorkshire, Creative England, Film Wales and Northern Ireland Screen.

On completion of the training, a minimum of 5 participants will be awarded paid placements on HETV drama productions for up to 10 weeks.

Remote access, childcare support and travel bursaries will be available as needed. At the end of the programme. participants will also become part of the Equal Access Network and will be offered ongoing support.

For more details on how to apply, click here.