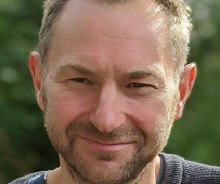 A co-production between the BBC and Stan, the series will be produced by Eleven and will premiere on BBC One and BBC iPlayer in the UK and as a Stan Original Series in Australia. Filming will take place in Australia.

The 6 x 60 series follows a group of Brits as they leave dreary, post-war Britain in 1956 to embark on a life-altering adventure on the other side of the world. For only a tenner, they have been promised a better house, better job prospects and a better quality of life by the sea in sun-soaked Australia.

Brocklehurst (pictured above) said: “Ten Pounds Poms is a big bold character piece about what it means to start again, to be an outsider in a new land. It asks questions about success and failure, identity, parenthood and belonging.

“The assisted migration programme is a little-known part of British and Australian history but offers endless stories about the people who travelled to the other side of the world in search of a better life. I couldn't be more delighted to be making the show with the BBC, Eleven and Stan.”

Joel Wilson, executive producer, Eleven, added: “It is a huge privilege to be working with Danny. We are both deeply passionate about the stories of the hundreds of thousands who took part in the assisted migration scheme and I’m very grateful to have the opportunity to share them with audiences on the BBC and Stan.”

Tommy Bulfin for the BBC, Cailah Scobie and Amanda Duthie for Stan, Wilson and Jamie Campbell for Eleven, and Olivia Trench co-executive produce the series. Joining Brocklehurst on the writing team are Ryan Griffen, Smita Bhide and Ava Pickett.

A new Sky Original drama, The Lovers, starring Johnny Flynn and Roisin Gallagher, is in production in Belfast.

The third series of ITV detective drama McDonald & Dodds once again filmed at The Bottle Yard Studios and showcased a range of locations around the West Country.

C4 and Netflix are partnering on a new competition series that will see chefs vying to win the top prize: their own restaurant inside iconic London hotel The Langham.