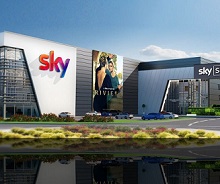 Wicked centres on the untold story of the Witches of Oz and is based on the novel by Gregory Maguire.

Chu announced last month that instead of trying to condense the complex story into one feature, he plans to shoot two Wicked adaptations, to be released separately.

The confirmation came as Sky unveiled a swathe of new scripted and comedy commissions, including a third series of political thriller Cobra and a new adaptation of The Tattooist of Auschwitz.

Sky Studios Elstree is one of a tranche of new studios opening this year. When complete, it will house 13 studio spaces and enable £3bn of production investment over the first five years of operation.

At the end of last year, The Knowledge published its inaugural Studios Supplement, which has been widely distributed and extremely well-received. To enquire about a place in this year’s edition, please email Alex Curry. To view the online edition, click here.

Dougal Wilson to direct Paddington 3 in London and Peru

Becoming Elizabeth, a new Starz Original drama exploring the early life of Elizabeth I, filmed at Bristol’s Bottle Yard Studios and at a host of historic locations during a five-month shoot.

Filming gets underway this week in Leeds on Malpractice, a new, five-part ITV drama from World Productions.

Channel 4 has renewed prison drama Screw for a second run, with Nina Sosanya and Jamie-Lee O’Donnell returning to head the cast.