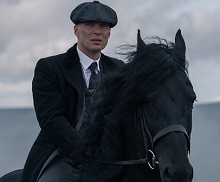 The partnership has been formed to forge stronger relationships between West Midlands' indies and Channel 4 Commissioning to create more opportunities for creative talent in the region, with the scheme including two new funds.

More4 the West Midlands is a £30K development fund open to all production companies based within the West Midlands Combined Authority area and/or one of the three West Midlands' Local Enterprise Partnership regions (Greater Birmingham and Solihull, Black Country, Coventry & Warwickshire).

Three More4 programmes ideas will be selected for initial development and awarded £5K each, with one idea awarded an extra £15K funding for further development. The fund is hosted by the Daytime and Features team at Channel 4 and managed by commissioning editors Kate Thomas and Jayne Stanger.

In September a digital development scheme with an overall £20K funding pot will also launch. Available to digital content makers in the West Midlands, the scheme will focus on short-form and digital content for social media and All 4. It will be led by Channel 4’s digital commissioning and 4Studio teams.

Accompanying the funds is the Channel 4 West Midlands Open Day on 16  May 2022. Indies, freelancers, and other stakeholders will be able to find out more about the channel and meet the commissioners running the funds. The event will be a mix of virtual sessions and in-person activities and will take place on an annual basis going forward.

Working with Create Central and training providers, Channel 4 will also deliver targeted training and skills initiatives in the region, including bespoke coaching on development and pitching delivered by Birmingham based Mission Accomplished.

Sinead Rocks, managing director nations & regions Channel 4, said: “It’s part of our 4 All the UK strategy to support the growth of production outside of London, especially for smaller and medium-sized indies. The West Midlands is an area where we know there are huge amounts of talent and potential to grow. This partnership with Create Central should allow Channel 4 to support this growth by leveraging our unique relationship with indies.”

Ed Shedd, chair of Create Central, added: "The West Midlands is one of the youngest and most diverse regions in Europe, full of talented people with stories to tell. Support for those individuals and independent creative businesses in the region is at the heart of Create Central’s mission, and so I am delighted to welcome this agreement between Create Central and Channel 4.

“Backing for skills and training on the ground, plus linear and digital development pots, will generate closer collaboration between the West Midlands’ screen sector and Channel 4, and real opportunities for local creative talent to break through."