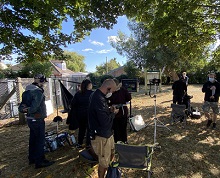 Screen Suffolk, the official county-wide film office for Suffolk, has reported its busiest year to date, with 243 filming days being recorded in 2021 -  a 72% increase on filming in 2020.

Before Screen Suffolk launched in 2016, only 30 filming days a year were recorded in the county.

Key stats from Screen Suffolk include:

Karen Everett, director of Screen Suffolk & CEO FilmFixer, said: “We’re delighted that Screen Suffolk has built on its previous success in achieving its best year since we launched. Last year we attracted numerous Feature and HETV productions to utilise the wonderful locations and facilities all within an easy reach of the M25.  The support we offer to productions ensures that time and again they return to Suffolk to film.”

Formed with the support and financial backing of the councils to generate economic spend in the county, the office acts as a one-stop-shop for productions wanting to film.

Screen Suffolk estimates that a day of filming generates around £13,000, meaning 2021 has brought at least £3.1m to the county. 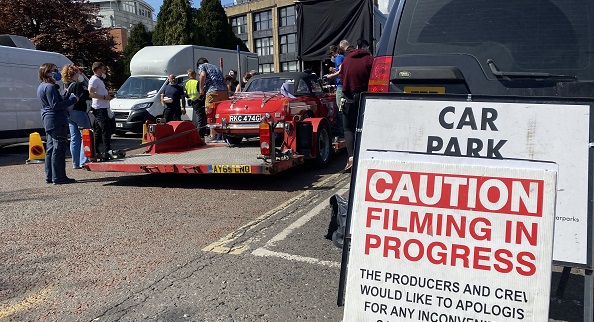 The benefits to Suffolk from filming reach beyond financial gain alone: one of last year’s biggest releases ‘The Dig’, based on the novel about the discovery of Sutton Hoo and starring Ralph Fiennes has given the region a tourism boost.

The National Trust’s Sutton Hoo site near Woodbridge recorded its busiest August in 2021 since they opened in 2002, and they attribute this to the film. 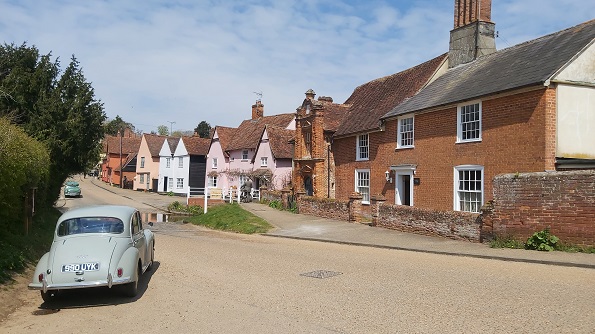 2021 saw many productions visit the county, from Magpie Murders which releases on Britbox in February, to A Bit of Light which filmed all over Suffolk and stars Ray Winstone and Anna Paquin.

Magpie Murders filmed for two weeks in the picturesque village of Kersey as well as filming in Ipswich the county town which doubles for London.

Rachel Aldridge, operations and business development manager, commented: “We worked with the location team to help bring Kersey to life as 1950’s Suffolk.  This required a two week road closure which wouldn’t have been possible without the ‘can do’ attitude of our councils and residents.”

Another film that took advantage of road closures was Coldharbour Lane, which spent a week in October/November in Lavenham and Kersey.

Other notable success for the film office this year include more places on the location database - now up to 536 locations, as well as 500 local crew available in the county.

Screen Suffolk is contracted by and represents all Suffolk district councils and the County Council. They are the central point of contact for anyone looking to film in Suffolk, and issue permits on behalf of the councils.

A Bit of Light

All images via Screen Suffolk.

UK Ambulance Transport is a Professional Private Medical company aiming to be an all in one solution. Our services include the following, Unit Medics Paramedics… more Call: 0300 303 5398   |   Add to Shortlist

Our fleet of appliances will cover all your fire protection needs regardless of size or complexity. Fully qualified and insured to do fire cover for… more Call: 0330 111 3635   |   Add to Shortlist