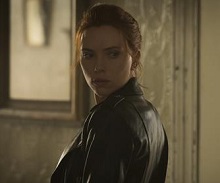 The UK’s screen sector tax reliefs generated £3.6bn in revenue to UK government coffers in 2019, the most recent year for which figures are available, according to the Screen Business 2021 report, commissioned by the British Film Institute (BFI) and published today (December 13).

The research was carried out by UK organisations Olsberg SPI and Nordicity.

“This shows a picture of a strong production section that helps leverage in the UK further investment largely from the private sector, in production and infrastructure,” said Olsberg SPI founder Jonathan Olsberg of the report’s findings.

Film statistics
Film production alone generated £1.89bn in tax revenue in 2019 and the total gross value added for film in 2019 was £7.68bn. “For every pound of tax relief paid out in 2019, the film sector generated £8.30 in GVA for the UK economy,” Nordicity’s Dustin Chodorowicz said of the fast-rising return-on-investment (ROI) generated by the UK film fax relief.

The report focuses on the period from 2017-2019, just before the pandemic hit. However, as BFI chief executive Ben Roberts pointed out, the sector has bounced back very strongly in 2021 and is growing rapidly during the ongoing global production surge. 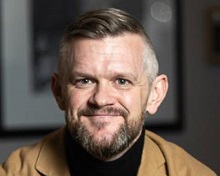 Roberts said the £500m Film Production Restart Scheme, introduced last year, has now supported £2.4bn worth of production and has safeguarded over 80,000 jobs in UK film and TV production.

Spend in 2021 approaches £5bn
Meanwhile, as the streamers continue to expand their footprint in the UK and studio space expands, the BFI’s production tracking research shows that, in the first three quarters of 2021, there has been a £4.7bn spend in the UK film and high-end TV sector.

“This is putting us on course to reach £5bn by the end of the year,” Roberts said.

This is a huge hike on the £2.8bn combined spend for film and TV in 2016, when the last Screen Business report was published.

“By the end of this year, we may be looking at a 78% increase since last report, just with spend on film and high-end TV. This is really phenomenal,” Roberts continued.

UK chancellor Rishi Sunak hailed the success of the creative sector tax reliefs. “In 2020-21 alone, the film, TV, video games, children’s TV and animation industries reliefs provided more than £1.2 billion of support to over 2,000 projects,” Sunak commented in his foreword to the report.

The Chancellor also spoke of the “joy and enrichment to our day-to-day lives in all our communities” brought by the UK creative industries.

Challenges for independents
Roberts acknowledged the “significant” challenges facing independent UK filmmakers, among them the higher costs for Covid safety and the increasing competition for crew.

“Nonetheless, this is overall a good news story,” Roberts said. “We have a sector that is growing, that is exporting, offering greater opportunities for training, employment and innovation and is delivering a return on the tax relief investment.”