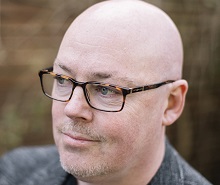 StudioCanal-owned Red Production Company has scooped up rights to John Boyne’s The Echo Chamber, following a bidding war. The plans are for Boyne himself (pictured) to adapt his novel into a 10 x 30 returnable series.

The Cleverley family live a gilded life, little realising how precarious their privilege is, just one tweet away from disaster. George, the patriarch, is a stalwart of television interviewing, a 'national treasure' (his words); his wife Beverley, a celebrated novelist (although not as celebrated as she would like); and their adult children, Nelson, Elizabeth, Achilles, are all various degrees of catastrophe waiting to happen.

A week may be a long time in politics, but five days is all it takes for the lives of the Cleverleys to be turned on their heads and come crashing down around their ears, proving that to err is maybe to be human but to really foul things up you only need a mobile phone.

Sarah Doole, CEO RED Production Company, said: “I have always loved John Boyne’s beautiful writing, but The Echo Chamber was the most brilliant surprise. It is hilariously funny – a gasp-inducingly caustic and biting satire about cancel culture and modern Britain.

“It is a story that is absolutely for now and it takes a writer of John’s skill and confidence to pull it off. The wildly outrageous and vivid Cleverleys are a family begging to be brought to screen and their fall from grace is full of the most unexpected twists and surprises. It was described as a “British Schitt’s Creek on Acid” – and it is! We are so excited to be aiding John in bringing his highly acclaimed novel to the small screen. It is exactly the kind of distinct and bold drama that I want RED to be making.”

Boyne added “I’m delighted to be working with Red Production Company on bringing The Echo Chamber to television. Having produced so many of my favourite dramas over recent years, I know my novel is in safe and talented hands.


"I’m excited to enter the world of scriptwriting too, a new departure for me and one I hope to build on over the years ahead. The Echo Chamber was written after I received a particularly brutal mauling at the hands of Twitter trolls and I chose to turn that experience into a comedy. To that end, my plan is to fill every episode with as many laughs as I can!”


Boyne’s high-profile credits include The Boy In The Striped Pyjamas, The Heart’s Invisible Furies, which is currently in development with Element, and A Ladder to the Sky, which is to be made into a film adapted by Andres Heinz (Black Swan) and is currently at the casting stage.

UK Event Medics Ltd provide COVID-19 testing, and Medics, on productions across the UK. We have a team of HCPC Registered Paramedics, COVID-19 Supervisors, Nurses… more Call: 020 3883 0556   |   Add to Shortlist