Britbox doc to spy on the spooks 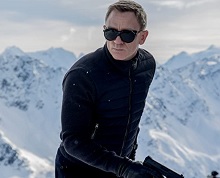 Britbox has ordered Secrets of the Spies, a new, three-part doc examining the rarefied world of spies and spying.

Secrets of the Spies will cover a range of espionage-related topics, including Cold War defections, cover assassinations and sophisticated cyber-attacks.


It will explore recent cases and current methods while exploring the history of espionage, both fact and fiction…

The programme will include interviews with former spies, and their family members, police officers and forensic experts, historians and authors.

The factual series is made by ITN Productions, the company which recently made Secrets of the Krays and Feel the Noise: The Music that Shaped Britain for BritBox UK. It is executive produced by George Waldrum and Ian Rumsey.