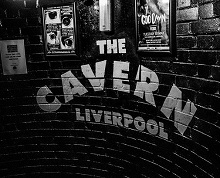 Production gets underway today, 11 October, on Midas Man, a biopic of iconic music manager Brian Epstein, known as ‘the fifth Beatle’. The 12-week shoot takes place in Liverpool, London and the US.

Jonas Åkerlund directs from a screenplay by Jonathan Wakeham, based on a screen story by Brigit Grant.

Best known for his discovery of The Beatles, Epstein created a cultural explosion during the 1960s, finding and nurturing other iconic acts such as Cilla Black and Gerry and the Pacemakers.

The Witcher prequel starts filming in the UK

Filming begins this week on The Witcher: Blood Origin for Netflix, with Sophia Brown (pictured), Laurence O’Fuarain and Michelle Yeoh.