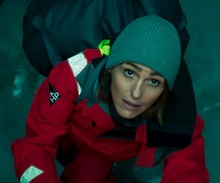 World Productions’ 5 x 60 is written by Peter Berry (Prime Suspect 6: The Last Witness, Mary Bryant, Gangs of London), based on the books by Michael Robotham.

The psychological thriller centres on Joseph O'Loughlin, who appears to have the perfect life - a beautiful wife, a loving daughter and a successful career as a clinical psychologist.

But nothing can be taken for granted - all it takes is a murdered girl, a troubled young patient and the biggest lie of his life…

World Productions is also busy on The Diplomat, a six-part series following Laura Simmonds and her Barcelona Consul colleague and friend Alba Ortiz as they fight to protect British nationals who find themselves in trouble in the Catalan city. The drama is in active development for delivery to Alibi.