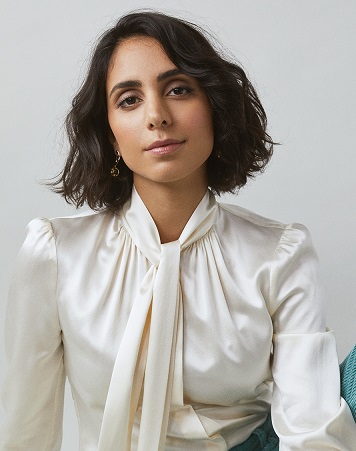 Actor/writer Anjli Mohindra (pictured) is adapting ‘Sophia: Princess, Suffragette, Revolutionary’; the TV series will be called The Goddaughter, in reference to Sophia’s relationship with Queen Victoria.

Sophia Duleep Singh was born into royalty in 1876. Her father, Maharajah Duleep Singh, was the heir to the Kingdom of the Sikhs, a territory that proved irresistible to the British, who plundered everything, including the fabled Koh-I-Noor diamond.

After his exile to England, Sophia and her siblings grew up in Suffolk amongst the British aristocracy but after travelling to India, Sophia returned a bold and fearless revolutionary. She would go on to defy the British government, devoting herself to the fights for Indian independence, the fate of the Lascars and above all, female suffrage.

Mohindra commented: “While statues are being felled around the world, we desperately seek out the truth of our history. I have an immense amount of respect to Anita and I couldn’t put her book down. Sophia Duleep Singh’s real life story packs a punch and now feels like the right time to bring such a bold and historically game-changing woman centre stage. I’m thrilled to be working with Urban Myth Films who share our extraordinary passion for this incredible South Asian Woman.”

Anand said: “Sophia means the world to me, and I am so delighted to see her in the hands of such talented people. I can't wait to see her story brought to life on screen."

Urban Myth Films executive producer Johnny Capps added: “When we read Anita’s book, we couldn’t believe that Sophia’s fascinating story had not already been told on screen. We love making bold shows with audacious characters, and Anjli has done a fantastic job at bringing Sophia to life with a boisterous script full of wit and bite.”