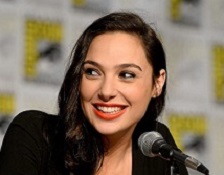 The film comes from Skydance Media and Pilot Wave (Gadot’s production company) and is directed by Tom Harper, best known for The Aeronauts.

Little is known about the plotline; Harper will be calling the shots from a screenplay by Greg Rucka and Allison Schroeder.

Subscribers to Production Intelligence can log in for more details on Heart of Stone, including the studio, shoot dates and key UK HoDs, and can follow the project for updates as we get them. Non-subscribers can click here for a free walkaround of the site.

Gadot is also lined up to reprise her title role in the third instalment of the Wonder Woman franchise, currently in development at Warner with Patty Jenkins due to be back in the director’s chair.

New BBC One drama Showtrial, from the makers of Vigil and Line of Duty, filmed entirely on location in Bristol earlier this year, with production based at The Bottle Yard Studios.

Production gets underway today, 11 October, on Midas Man, a biopic of iconic music manager Brian Epstein, known as ‘the fifth Beatle’. The 12-week shoot takes place in Liverpool, London and the US.

Vaccination specialists to the Film and TV industry. Citi Health are a CQC registered private healthcare provider. We offer fully flexible solutions to suit your… more Call: 020 3633 6301   |   Add to Shortlist