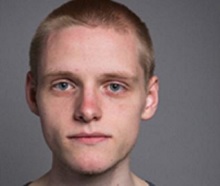 The 8 x 30 is written by Pete Jackson and is produced by Clerkenwell Films. The executive producers at Clerkenwell are Murray Ferguson, Petra Fried and Emily Harrison.

Gribben stars as Danny, an eighteen-year-old whose mother was killed in a car accident when he was a baby. Overwhelmed with grief, his dad Steve (Keenan), buys a house in the middle of nowhere and locks Danny in, telling him the world outside is full of monsters waiting to take him away. Just like they took his mum.

For eighteen years they live a happy life together, listening to jazz records and watching old movies with no sad endings. And that is all Danny know until he turns eighteen, when everything he’s ever known is turned upside down.

Danny is taken to live with his well-meaning but stressed-out aunt Sue, played by McGrillis, and cousin Aaron, a shy and awkward teenager.

Clerkenwell is also in development on Baby Reindeer, an adaptation of Richard Gadd’s play about being stalked.