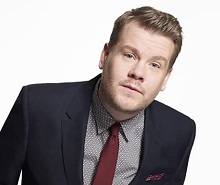 Filming begins this month on the six-part series, with Sally Hawkins, Melia Kreiling, Colin Morgan, Henry Lloyd-Hughes and Samuel Anderson among the cast.

Mammals will be produced by Street Hassle in association with Vertigo Films and Fulwell 73.

The storyline is under wraps, but Butterworth, who co-created the series with James Richardson, said: “A good marriage is the most magical thing. In a world of eight billion, you’ve found the one who gets you, ignites your body and soul. Who allows you to grow and flourish. Who gives you the spark, the confidence to become you.

“You’re also never going to have sex with anyone else, ever, and then you’re going to die, and be dead forever.”

“James Corden is the only ten-time Emmy winning chat show host to also win the Tony Award for Best Actor,” added Butterworth. “His performance in One Man Two Governors was like seeing Mickey Rooney, Terry-Thomas and The Marx Brothers rolled into one. His Smithy in Gavin and Stacey is for the ages - he took a needy, big-hearted mess of a supporting character and made it iconic. But neither is a patch on his Sea Monster in The Late Late Show “Shape of Water” sketch with Sally Hawkins. Google it.”

George MacKay films I Came By

George MacKay, Kelly McDonald and Hugh Bonneville will next week begin filming Netflix thriller I Came By on location in south and west London.

Disney+ has greenlit romcom action thriller Wedding Season from Dancing Ledge Productions as an original commission for its Star platform with filming due to begin in the autumn.