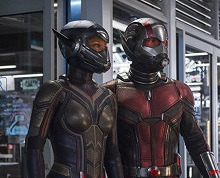 Since filming resumed last summer after a three-month, Covid-driven suspension, the production industry has shown its resilience and then some.


A vast swathe of features and high-end TV dramas are filming around the UK with a large tranche in pre-production readying for cameras to roll.

New studios are going up all over the place to try to meet demand for shooting space, and experienced HoDs are booked up for months in advance.

Since its launch in 2011, PI has become the vital go-to resource for anyone needing to know who is working on what, where and when, in terms of scripted content – something which is more important than ever as finding available key crew becomes more of a challenge.

To book a free walkaround of the site, click here.

Ant-Man and the Wasp

In early May, PI published exclusive details on Ant-Man and the Wasp: Quantumania setting up in pre-production in the UK, directed by Peyton Reed.


The third in Marvel’s Ant-Man series of films is the 32nd in the Marvel Cinematic Universe (MCU) and is based on the Marvel Comics characters Scott Lang, aka Ant-Man and Hope Pym, aka Wasp, played by Paul Rudd and Evangeline Lilly respectively. PI provided details on key HoDs, the studio base and start-of-shoot date.

Disney-owned Marvel is also the UK to prep The Marvels - the 31st in the MCU, the sequel to the 2019 feature Captain Marvel and a continuation of the Disney+ series, Ms. Marvel. Nia DaCosta is in the director’s chair, calling the shots from a screenplay by Megan McDonnell. 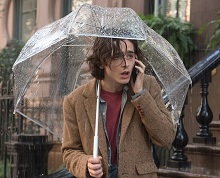 A much-anticipated origins story about Roald Dahl’s iconic chocolatier Willy Wonka has bedded into prep at a UK studio – in early May, PI published details of the studio along with crucial UK production personnel on board and the slated start date.

Timothee Chalamet has since been reported as being attached to star as the flamboyant inventor.

Warwick Davis is reprising his role of Willow Ufgood in an eight-part, Disney + sequel to the 1988 feature film. PI was very early to list details on the show, confirming the studio base in Wales and the production manager last October!

Between then and the start of filming on 31 May, PI continued to provide vital information on the decision-making production hires.

Hit Netflix French comedy Call My Agent! is getting an English-language remake, first outlined on PI back in October 2019. From early spring this year, we brought you full details on the physical production side of things, including the London studio base, the roll-call of key HoDs working on the eight-part Amazon comedy, and the exact shoot dates. 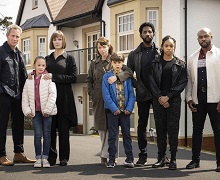 PI was the first to provide news on Hollington Drive, an ITV thriller that wrapped a Welsh shoot in mid-June.

The 4 x 60 is from West Road Pictures and is an intense mystery thriller with two sisters at the centre of the story. PI published the filming dates along with a comprehensive round-up of the HoDs attached.