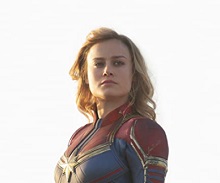 The film is the 31st in the Marvel Cinematic Universe (MCU). Also well into pre-production in the UK is the 32nd in the MCU, Ant-Man and the Wasp: Quantumania.

The features are just two of the hefty tranche of inward investment projects continuing to pour into the UK. Wonka, an origins story about the years before Willy Wonka opened his chocolate factory, is readying to shoot later this year.

The fifth in the series of films about adventuring archaeologist Indiana Jones is also deep into prep in the UK, with filming expected to get up and running in late summer.

Production Intelligence subscribers have access to more details on all these projects, including studios, shoot dates and key UK HoDs on board. Non-subscribers can click here to request a free online demo of thesite.

Kinetics Space is a brand new state-of-the-art film/Photographic studio in the heart of the midlands. Its double-height infinity cove provides you with 368 square meters… more Call: 01536 333977   |   Add to Shortlist