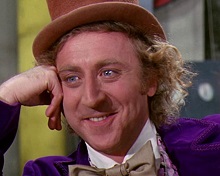 The feature comes from Paddington director Paul King and Harry Potter producer David Heyman, working from a screenplay by King and Simon Farnaby; Simon Rich wrote the original draft. The film is set for release in March 2023.

There has been speculation in the press about who will take the lead role of the younger Willy Wonka - the film explores his life before he opened the chocolate factory - with Tom Holland and Timothee Chalamet both mooted.

Dahl continues to be an extremely rich seam to mine for big and small screen content, with a feature adaptation of the hit stage musical version of Matilda currently in production for Working Title.

And it was announced in March 2020 that director Taika Waititi would write, direct and executive produce two animated films for Netflix, one based on the world and characters of Charlie and the Chocolate Factory; the second an original take on the Oompa-Loompas, who will star in their own event series.