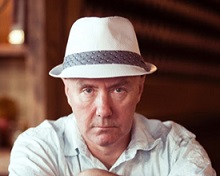 Britbox ordered the drama from Buccaneer Media and Off Grid Film and TV, marking the first time Welsh’s work has been adapted for television.


James Strong and David Blair direct the 6 x 60 that sees Scott play DI Ray Lennox, who is investigating the disappearance of a schoolgirl while battling his own personal demons. The cast includes Joanna Vanderham, Angela Griffin, Ken Stott and James Sives.

Scott commented: “Irvine Welsh is one of Scotland’s greatest ever writers and I am proud and excited to be working on his first adaptation for television. It’s an honour to be working with such a talented cast, and creative team”.

Director Strong added: “I’m thrilled to be starting production on this dramatic execution of Irvine’s brilliant novel. With a great cast in place we’re working together to create a classy work of pathos and genuine emotional quality which is grounded in gritty realism. Viewers can expect a dark, visceral, shocking ride”.