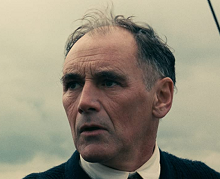 Production is getting underway now in the UK on the series, which reunites Kosminsky with producer Colin Callender and Playground; they previously collaborated on Wolf Hall. Set in a post-pandemic 2024 in the run up to a British general election, The Undeclared War tracks a leading team of analysts buried in the heart of GCHQ secretly working to ward off a cyber-attack on the country’s electoral system.

During a three-year research process, Kosminsky and his team gained access to the cyber security industry on both sides of the Atlantic, allowing a realistic picture of the threat faced by the Western world to be depicted in the drama.

Kosminsky will direct all six episodes and has written four. Other writers include Declan Lawn, Adam Patterson, The Salisbury Poisonings and Amelia Spencer. Robert Jones produces; the exec producers are Kosminsky, Callender and Noelette Buckley.

Kosminsky said: “The series is based deep within the least-known arm of the UK’s intelligence infrastructure, GCHQ. The story we’re now able to tell casts an extraordinary, revelatory light on the hot, undeclared war taking place right now in the world’s newest and most invisible domain of conflict – cyber.”

“I’m delighted to be reuniting with Peter to bring his exhilarating vision to life,” added Callender. “THE UNDECLARED WAR is a stunning cautionary tale that brings to life a world never seen before on television or in film. I’m equally thrilled to be partnering with NBCUniversal International Studios, Channel 4 and Peacock, all of whom have been fiercely supportive and dedicated to bringing this provocative, timely story to the screen.”