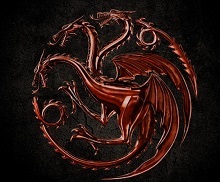 The drama is based on George RR Martin’s Fire & Blood and is set 300 years before the events of Game of Thrones, exploring the story of House Targaryen. Ordered as a straight-to-series commission, it is written by Martin, Miguel Sapochnik and Ryan Condal.

HBO revealed the start of production on Twitter with photos of the cast a socially-distanced table read (left).

Martin and Condal will serve as co-creators on the series. Sapochnik and Condal will be showrunners, and the pair will also serve as executive producers along with Martin, Vince Gerardis, Sara Lee Hess and Ron Schmidt. Sapochnik, Clare Kilner, Geeta V Patel and Greg Yaitanes direct the 10-episode run.