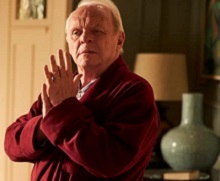 Aimed at boosting global exports of UK content, the one-year, £7m pilot fund will target support across the industry, including film, TV, animation, documentary and interactive narrative games (Interactive) content. The DCMS will finance the resource with the BFI administering it.

The fund has been launched following industry consultation from all four UK nations and is designed to help develop and produce projects with international appeal, expand the worldwide distribution of UK content and encourage collaboration with international partners.

“As we look to this weekend’s Oscars, and the incredible line up of UK nominees, it’s clear our screen industries continue to punch above their weight internationally, and contribute significantly to the UK economy. It’s vital we continue to build on the global impact of our diverse and brilliant independent screen content, enabling the creativity and success for which the UK is so renowned.”

Producer David Parfitt added: "We are delighted with the success of The Father, which has now sold in multiple territories around the world. However, this new fund brings a business development element alongside distribution support which is particularly attractive to a company like ours. It would allow us to engage and compete on more equal terms with other global independent production companies, allowing us to take further risks and giving a welcome boost for international success."


Fellow producer Barbara Broccoli remarked: “I’m in constant awe of UK filmmaking – from the best writers, most skilled crafts people, extraordinary actors, innovative producers and visionary directors, our talent speaks to global audiences. And it starts with independent film – it’s the bedrock of all this creativity and an essential part of the ecosystem of film, it allows us to take risks and be bold, nurture talent and build skills. This new fund will help support that creativity and allow audiences all over the world to enjoy it.”


Constructed to complement the UK’s wider screen landscape, the pilot fund is led by Neil Peplow, director of international affairs BFI. Funding will be allocated to three open access strands:

The UK Global Screen Fund is open to independent screen sector companies registered and centrally managed in the UK, which meet the eligibility criteria in the published guidelines.

Pact has announced the 30 new and emerging UK indies that have been selected to take part in its Future30 scheme.