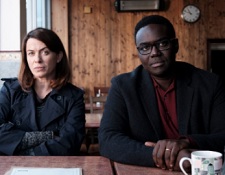 The 6 x 60 BBC Studios production for Alibi is exec produced by Alexander Lamb and Priscilla Parish. The series is directed by Jonathan Teplitzky and Rebecca Rycroft; Jane Dauncey produces.

We Hunt Together is the latest in a tranche of UKTV original dramas commissioned for Alibi. Production is underway on Ragdoll, a gruesome thriller from Sid Gentle Films, the second series of Traces began filming in Scotland last month and Annika, starring Nicola Walker, recently completed filming, also in Scotland.