As Amazon begins filming its first exclusively Scotland-based drama, we take a look at Scotland's rising profile as an international filming destination, new studio developments and some of the projects to film north of the border. With thanks to Screen Scotland and Production Intelligence.

Funding for film and TV in Scotland was doubled in 2019 with the establishment of Screen Scotland. Production spend figures have risen to the highest since records began and, over the last ten years, spend has increased more than 300%.

In February, Screen Scotland commissioned a full-scale economic impact study, to gain a better understanding of the effect on the economy of Scotland’s screen sector, more on which here.

Working with member of Glasgow City Council (GCC) and the Scottish Government, Screen Scotland supported GCC’s bid to redevelop areas within the Kelvin Hall as a television studio and drama production space.


The new facility secured £11.9m of funding in January 2021 (£7.9m from the Scottish Government and £4m from GCC) and the first drama production is due to start filming soon in the Kelvin Hall, with the full redevelopment taking place over the remainder of this year.


Netflix returned to Edinburgh and the Lothians for the threequel, Princess Switch 3: Romancing the Star, and Peaky Blinders filmed in Aberdeenshire last year also.


Isabel Davis, executive director, Screen Scotland said: "With the emergence of Bath Road in Leith and the forthcoming development of Glasgow’s Kelvin Hall, alongside Wardpark in Cumbernauld and the Pyramids in Bathgate, now well established as large scale production bases, Scotland now has a constellation of studios, stage and build space across the central belt.

"Screen Scotland’s role, in partnership with industry, is to support the further growth of infrastructure and crew, the development of locally originated film and TV content and to attract internationally financed production to Scotland.

"Through this work we’ll continue to make an ever larger contribution to our economy through the creation of jobs, use of facilities and businesses and enabling sustainable, rewarding careers for our talented local industry."

The Witcher 2
Netflix fantasy drama The Witcher began filming Series 2 in various UK locations last year including the stunning Isle of Skye. Henry Cavill plays the silver-haired Geralt of Riva in the show, which is adapted from the books by Andrzej Sapkowski.

The Batman
Filming of The Batman, starring Robert Pattinson, began in February 2020, using multiple locations in Glasgow. The production team used the famous Necropolis cemetery, the cathedral, Glasgow Royal Infirmary, and several roads such as Drygate and Ladywell Street were closed for filming.

Director Jon S Baird recently doubled the streets of Edinburgh, Glasgow and Aberdeen for Soviet-era Russia in Tetris, a feature starring Taron Egerton about the creation of the popular videogame. Matthew Vaughn produces for Marv Films. 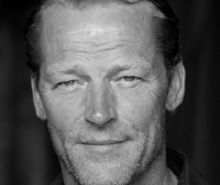 The Rig
Amazon is making is its first exclusively Scotland-based drama, The Rig, using the newly-opened FirstStage Studios in Edinburgh’s Port of Leith. Filming began on 29 March, with filming also taking place on an oil rig. 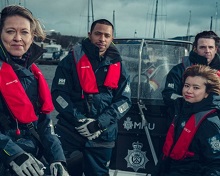 
A Very British Scandal
Filming is due to get underway soon on BBC One and Amazon’s A Very British Scandal, which follows A Very English Scandal as the next in Blueprint Pictures’ canon of dramas based on real-life, infamous events. Claire Foy plays the charismatic socialite Margaret, Duchess of Argyll who became the subject of a sex scandal during her divorce in 1963. Paul Bettany co-stars. Around a quarter of the shoot will take place in Scotland. 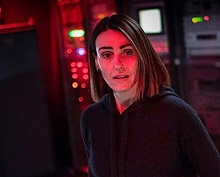 Vigil
After a suspension due to Covid, filming resumed near Glasgow last August on Vigil, starring Suranne Jones, Rose Leslie and Shaun Evans.

The 6 x 60 thriller is from World Productions and creator Tom Edge and centres on the disappearance of a Scottish fishing trawler and a death on board a Trident nuclear submarine. It is supported through Screen Scotland; Angie Daniell is the producer. 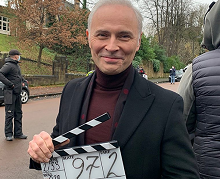 Guilt 2
Mark Bonnar and Jamie Sives star in BBC One thriller Guilt, the second series of which began filming in late November last year. The 4 x 60 is co-produced by Expectation and Happy Tramp North and is supported by Screen Scotland’s Broadcast Content Fund. Locations for Series 2 include Leith, Edinburgh.


Shetland 6
With the remote locations playing as big a part as any of the characters, crime drama Shetland began filming its sixth run last month. Dougie Henshall play DI Jimmy Perez in the show, that is made by Silverprint Pictures for BBC One. The series uses a variety of locations on the northerly archipelago, including Lerwick, where the exteriors of the police station are shot.

Further details on the projects listed above can be found on Production Intelligence. Non-subscribers can click here to request a walkaround of the site.

Many thanks to Screen Scotland for their help in compiling this article.