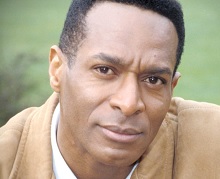 The scheme is run by BBC Comedy in partnership with the BBC Comedy Association (BCA), and is designed to find writers with a fresh, unique point of view, while making a positive intervention to address an under-representation of BAME professionals in comedy production across all broadcasting.

The first Felix Dexter Bursary was launched in 2017 after Paul Whitehouse, Trustee of the Felix Dexter Foundation, and Shane Allen, Director of BBC Comedy Commissioning, agreed that supporting and encouraging writers from an ethnic minority background would be a fitting tribute to the late comedy actor and writer, who featured in BBC comedies including The Fast Show and The Real McCoy.

Last year’s recipient was stand-up comedian Athena Kugblenu. who said: “The bursary was the catalyst to my career as a writer and performer becoming full-time. Being endorsed by such a prestigious scheme massively improved my confidence as a writer. However, it was the practical aspects - the time to work on a pilot, the notes from BBC comedy commissioning editors and meetings with industry etc that helped develop my craft to the professional standard that has allowed me to work on shows post bursary, like The Lenny Henry Show, The Russell Howard Hour, Newsjack, The Now Show and Dead Ringers.”

The first Felix Dexter Bursary was launched in 2017 after Paul Whitehouse, Trustee of the Felix Dexter Foundation, and Shane Allen, Director of BBC Comedy Commissioning, agreed that supporting and encouraging writers from an ethnic minority background would be a fitting tribute to the late comedy actor and writer, who featured in iconic BBC comedies including The Fast Show and The Real McCoy.

Sarah Asante, BBC commissioning editor for comedy, commented: “I’m very excited that we’re going for a fourth time. As I said last year, every cohort so far has exceeded expectation so the sky is the limit for what can happen in the coming year.

"We have gathered so much industry support and buy-in; I feel like a proud aunt when industry movers and shakers let me know they’ve had a great meeting with or booked one of our bursary writers for a gig. It’s a real testament to their hard work and the cachet we can offer them via the access they gain on this course.”

Paul Whitehouse added: “I’m really glad that this BBC bursary is launching again in Felix Dexter’s name. Felix was a force of nature. His comedy was wholehearted, sublime and unpredictable. That such a brilliant figure should be remembered and honoured like this, by encouraging talent from the BAME community, is a fitting tribute to him.”

The bursary is open to black, Asian and other ethnic minority writers or writing duos who are aged 18 or over. Applications can be made via the BBC Comedy Commissioning website; applications close on Friday 19 March 2021.