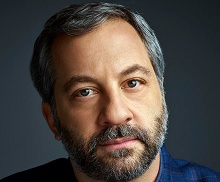 Apatow (pictured) wrote the screenplay for The Bubble with Pam Brady (South Park); he also produces for his shingle Apatow Productions. His long-time collaborator Barry Mendel is on board as exec producer.

The production base for The Bubble  is at Shepperton Studios; in July 2019, Netflix struck a deal with the site to have exclusive access to most of the facilities including its 14 sound stages.

Apatow has previously teamed with the streaming giant on Love, a romantic drama he created that explored ‘down-to-earth dating’ that ran for three series.

Feature have been in the location catering Industry for over 30 years Our parents started this business when they worked for a catering company called… more Call: 07703 337240   |   Add to Shortlist