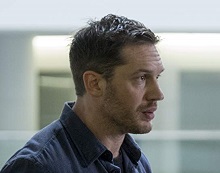 Gareth Evans will write, direct and produce Havoc, starring Tom Hardy, as part of a new, exclusive partnership the auteur has signed with Netflix.

The deal means that Welsh-born Evans will write, direct and produce films for the streamer for the next several years.

Havoc centres on a bruised detective (Hardy) who, after a drug deal goes wrong, must fight his way through a criminal underworld to rescue a politician’s son, while uncovering a corruption and conspiracy throughout his city.

Evans produces for One More One Productions, alongside Ed Talfan for Severn Screen, Aram Tertzakian for XYZ Films and Hardy.

Multihyphenate Evans, who is also an editor and action choreographer, previously collaborated with Netflix, XYZ and Severn Screen on the 2018 folk-horror/thriller Apostle.

Evans and long-time collaborator Matt Flannery went on to co-create the TV series “Gangs of London” for Sky Atlantic and AMC; a second series films this year.

Channel 4 has ordered a 3-part series exploring the lives of sexual adventurers around the UK.