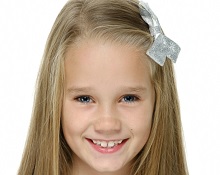 The cast has been confirmed on Working Title Films' adaptation of hit stage musical Matilda, with Alisha Weir (pictured) in the title role.

Emma Thompson is also among the cast, playing Miss Trunchbull, and Lashana Lynch is on board as Miss Honey.

Matthew Warchus directs the feature adaptation, which will be released by Netflix worldwide with the exception of the UK, where it will be distributed theatrically by TriStar Pictures.

Warchus will call the shots from a screenplay by Dennis Kelly; as in the live, Tony and Olivier award-winning musical, original music and lyrics are by Tim Minchin.

Warchus said: "Matilda will be an imaginative and fresh retelling of the award-winning musical, Matilda, featuring talented young newcomers, alongside established stars. I look forward to introducing this beloved and powerful story to a new generation of fans around the world."

Production Intelligence subscribers can access full details on Matilda, including a round-up of the HoDs on board along with the shoot dates.