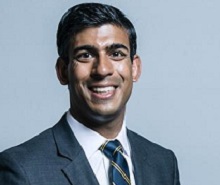 The scheme was announced as part of UK chancellor Rishi Sunak’s Spending Review on Wednesday, 25 November. It will be worth £7m for its pilot year (2021-22).

”The Global Screen Fund, worth £7m in 21/22, will support independent British screen content, in particular film, to compete across international markets,” said the Treasury in a statement.

The total is well below the £17m mooted by the BFI as needed back in June during a DCMS select committee inquiry into the impact of Covid-19 on the creative sector.

BFI chief executive Ben Roberts said: “Today’s £7m for a pilot Global Screen Fund announced as part of the government’s Spending Review is a positive result for the independent screen sector in what we appreciate is a challenging fiscal climate.

”Given the significant contribution of film, TV and video games to the UK economy and our position in the global market, we welcome this new funding which will enable the industry to further grow international partnerships, build on export opportunities and increase our return on investment.”

It is not yet known who will administer the fund.

It was revealed in February the UK would not renew MEDIA membership for the next period, which runs 2021-2027, even though non-EU countries can participate in the scheme. It ends close to 30 years of support for UK sales agents, distributors, exhibitors, and production companies.

The BFI estimated that in the long term the independent sector would shrink by 10% without a replacement fund, costing up to 1,200 jobs. These estimates were made before the sector was further weakened by the Covid-19 outbreak.