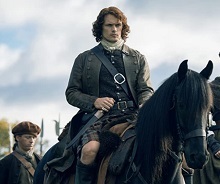 The £700,000 Screen Hardship Fund will offer support to those experiencing immediate financial hardship due to the loss of income as a result of the ongoing pandemic, and forms part of the Scottish government’s £59million emergency funding package for the culture and heritage sectors.

Like the £1.5million Screen Scotland Bursary announced in March, the new fund is open to sole traders and PAYE freelancers. It also offers support to those operating under a personal service company structure, who will be able to access this kind of support for the first time.

Individuals across the following creative areas are eligible to apply for support of up to £2,000 (or more, where access costs are required):

• development, production or post-production for film or television - scripted or unscripted, live-action or animation

• commercial practitioners (such as those who produce commercials, corporate videos or music videos)

Fund guidance including eligibility criteria can be viewed here. Applications will go live from Tuesday 22 September at 2pm, and will remain open until the available funding has been allocated.

David Smith, director of screen at Screen Scotland said: “Scotland’s highly skilled freelance workers have been crucial to the success of Scotland’s screen sector. With the support of the Scottish Government we have secured this much needed support for freelancers facing immediate hardship during this time of unprecedented challenge.”

ITV has greenlit a drama based on one of the most notorious serial killer cases in the world, the hunt for Peter Sutcliffe, dubbed the Yorkshire Ripper.

Bristol Film Office has released annual figures confirming that £17m of inward investment was generated by nearly 1,000 days of film and TV production in the city in the financial year April 2019 - March 2020.

The Film and TV Charity has secured £3m funding to deliver a two-year scheme called The Whole Picture Programme, to improve the mental health and wellbeing of people who work behind the scenes in UK film, TV and cinema.

A new survey from the Creative Diversity Network shows a lack of diversity in senior and decision-making TV roles as well as ‘background’ craft roles.

Netflix has donated a further £600,000 to the Film and TV Charity’s COVID-19 Recovery Fund, meaning the streaming giant has now contributed a total of £1.75m since the pandemic began.