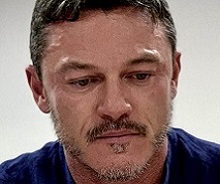 Wales has a long-established reputation as a film-friendly production hub, with high-profile inward investment projects such as Brave New World among the recent high-profile projects to have filmed there.

In January this year, the deputy minister for Culture, Sport and Tourism, Lord Elis-Thomas, launched Creative Wales, a new organisation designed to further assist the expansion of the creative industries within the country.

He said at the time of the launch: “My vision for Creative Wales is for an organisation that will take the existing successes in the screen industry and build on these to drive growth across the whole creative sector; developing a skills base that is world class, expanding support beyond film and tv and positioning Wales as the place to locate a creative business.”

Within Creative Wales is a dedicated film office, Wales Screen, which was established in 2002 (as the Wales Screen Commission).

With the help of Wales Screen and our subscription database, Production Intelligence (PI), we take a look at some of the recent productions to have filmed in Wales.

The film stars Toni Collette, Damian Lewis and Owen Teale, and received funding from Welsh Government as well as Ffilm Cymru. Dream Horse was listed on PI last March, and filmed in May.

It is based on the true-crime book Catching the Bullseye Killer, written by Det Ch Sup Steve Wilkins and ITV journalist Jonathan Hill. Evans plays Wilkins who, in 2006, reopened two unsolved double murders from the 1980s.

Among the productions to have recently wrapped a Wales-based shoot is sci-fi series The One from Urban Myth Films. The 10-parft Netflix drama is based on John Marrs’ novel of the same name, set five minutes into the future in a world where a DNA test can find everyone's perfect partner.

Wales Screen provided locations assistance for the shoot, which took in Cardiff and Newport as well as Bristol.
The One was added to PI in November 2018, nearly a year before filming began.

Wales’ already film-friendly profile was raised further by Bad Wolf, with the company establishing a new studio facility and producing high-end titles such as A Discovery of Witches for Sky One.

The second series began a six-month shoot in June last year at Pinewood Studios, which Bad Wolf took over around a year ago. A third series is currently in development, again set to star Teresa Palmer and Matthew Goode.

Many thanks to Wales Screen for their help in compiling this article.

The second part of Spotlight on Wales will follow soon.

Photos: Luke Evans via ITV; A Discovery of Witches via Sky.