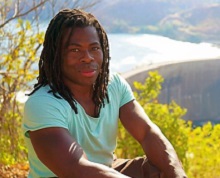 Under the BBC’s Our Planet Matters banner – launched last year – BBC News and programming will explore all aspects of the environment and the challenges to protect it.

BBC director of news, Fran Unsworth, said: “The challenge of climate change is the topic of our age and we will be at the heart of the debate. Our audiences around the world have long been affected by the science, politics, business and human impact of climate change.

“This is part of our commitment to Our Planet Matters and we have many exciting new commissions across news and current affairs with informative, accessible expertise, to help audiences keep up with this vital story.”

The new content includes a BBC Two series called Ade on the Frontline of Climate Change with Ade Adepitan, and The Americas with Simon Reeve in which Reeve will explore South America and the Amazon rainforest.

Other factual programming includes Sir David Attenborough presenting Extinction: The Facts, a one-hour BBC One documentary looking at the fragile state of the natural world and Chris Packham investigating the impact a growing human population is having on the planet in 7.7 Billion People And Counting on BBC Two.

A BBC Two current affairs series will tell the fifty-year history of The Age Of Oil and the consequences for the planet.

As well as programming, the BBC will also step up its own commitment to creating a positive environmental impact by working towards making its operations carbon neutral.